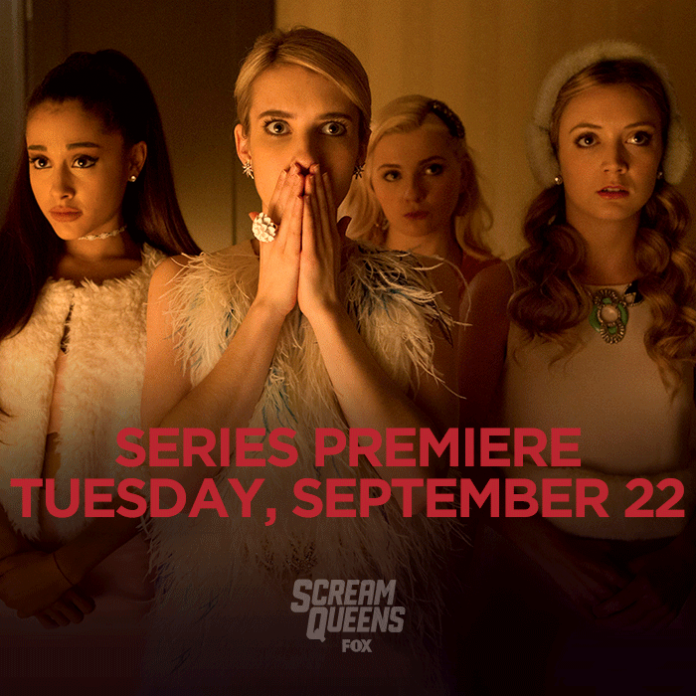 Teen queen Ariana Grande has been confirmed to be part of the cast of Ryan Murphy’s new series Scream Queens but despite the fact that she is listed to appear in all of the episodes of the first season, her fate is not set in stone.

A leaked video that has already been removed by the uploader showed several scenes featuring the singer, who plays the character Chanel #2 in several encounters with the show’s villain Red Devil, reported International Business Times.

One clip featured Grande being stabbed in the neck by the villain, in which she feigned death to stop Red Devil from attacking her. After the villain leaves, she calls for help from her sorority sisters. While the character may have escaped death, another clip indicated the villain is not yet done with Chanel #2 as he returns to attack her again. This time, Grande’s character may not be quite so lucky. While fans were surprised by the possibility that Grande may not survive Season 1, Murphy is no stranger to killing off famous members of the cast, as he has written off A-list stars who have appeared in his horror anthology series American Horror Story in the most creative ways.

Murphy has earlier indicated that only a handful of the 25 girls in the original cast will be left alive by the end of the first season.

“It’s similar to American Horror Story in that it’s anthological but different in that at the end of the first season there will only be four characters out of 25 left. And those four in season two will go on to a new horror genre like a sorority is a horror genre to me, it’s a place where there were horror movies in the ’80s like Sorority Row and they will go on. That’s the format of the show,” Murphy said in an interview with The Hollywood Reporter.

'Heroes Reborn' season 2 news: no renewal plans for the show,...