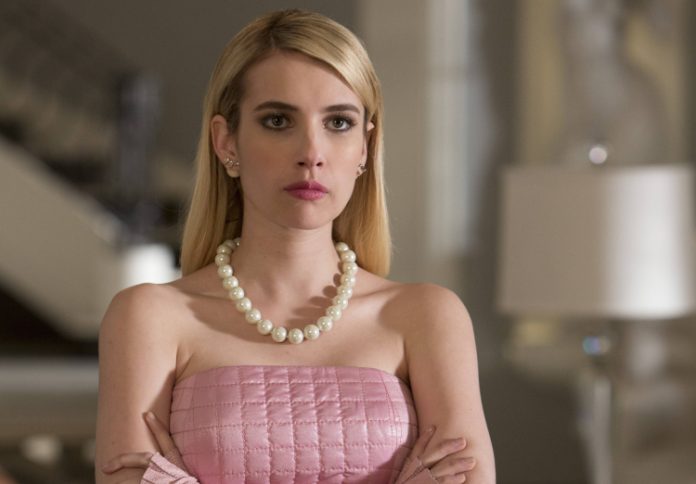 With “Scream Queens” confirmed for a second season, fans of the show can no longer wait for the Kappa Kappa Tau girls to be back in the small screen. But on top of the loyal viewers of the comedy thriller, the cast of the show are also raring to go back on set especially Emma Roberts who plays pack leader, Chanel Oberlin.

“Whenever I get my new script, I sit down and read it right away because I’m just as excited to read it even though I’m on the show,” the 25-year-old actress told Teen Vogue of her on set rituals in “Scream Queens.” “People watch [the show] because you truly never know what’s going to get thrown your way.”

In the show, Roberts made a good adaptation of the egotistical, uncaring, self-centered and sociopathic president of Kappa Kappa Tau. This is why despite her mean ways, people are still drawn to her.

“It’s funny because she’s definitely mean,” Emma stated referring to Chanel’s legion of fans. “But she’s also bizarre which I think is why people like [her] because she just has a weirdness to her, which is really fun to get to play with.”

Aside from her quippy one-liners and snazzy remarks, viewers also dug the character’s extravagant fashion sense making it almost reminiscent of “Gossip Girl.” But, with a new season and a new location, fans are wondering if Chanel’s massive clothing ensemble will make it to the new chapter of “Scream Queens?”

Will Chanel’s two-story wardrobe follow her to her new home? “I don’t know,” Emma admitted. “I’m wondering what the outfits are going to look like. Mental hospital chic. If anyone can do it she can.”

Production will start on July 2 as confirmed by Roberts. Unfortunately, there is no specific date yet for the show’s small screen comeback.