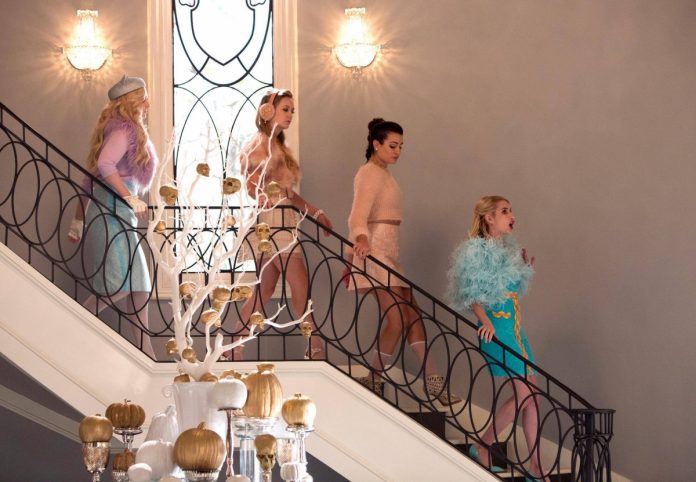 In an interview with Now magazine, Jonas, who portrayed Boone during the freshman run, was asked if there is any truth to the rumor the 22-year old British singer will join the cast of the anthology show. “I’m not sure but I’ve heard from a few people in LA who’ve seen him – agents and casting directors – that he’s a good actor, which is interesting,” he replied.

US Weekly shared previously shared that star Lea Michele seemingly started the speculation that Styles may be on board the project. During her appearance in the 2016 PaleyFest Los Angeles last March, she joked about wanting to work with the pop star, while co-stars Billie Lourd and Keke Palmer noted that they would like to have Justin Bieber.

“@msleamichele *may* have started the Harry Styles rumors… Billie is campaigning for Justin Bieber to join #ScreamQueens! #PaleyFest,” the show’s official Twitter posted. Co-creator Brad Falchuk also jokingly said during the event, “She started all this. She started this rumor, and now it’s a thing.”

Meanwhile Palmer who played Zayday revealed to Interview magazine the creative process of show runner Ryan Murphy, seemingly suggesting that the cast members only get to know about their roles when productions begin.

“With most shows, you get all the stuff upfront. You know what’s happening with your character, you know what’s it about. It’s this type of format and that’s it. But that’s not how Ryan Murphy’s shows are. The less information that he can give the actors, the more it forces us to really be engaged in what we’re doing,” she shared.

However, Emma Roberts teased that her next character may be far from the glamorous Kappa Kappa Tau queen bee Chanel Oberlin she played during the freshman run. “I don’t know what the transformation’s going to be but I’m sure [the show runners will have] something up their sleeve!” she stated.

Filming for “Scream Queens” season 2 is expected to begin in summer.