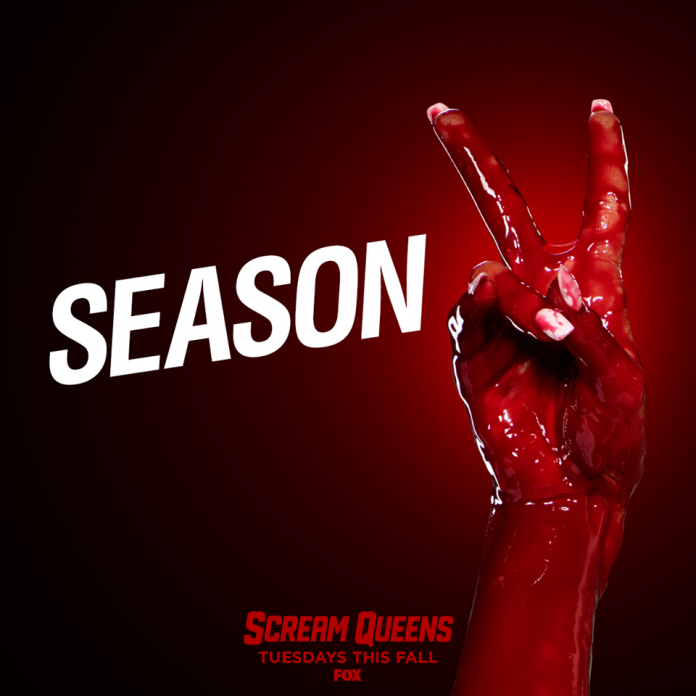 Fox’s comedy horror series “Scream Queens” is heading to a much darker season 2, as it moves from a college setting to a hospital.

The ensemble of the upcoming installment attended the recent Fox’s Upfront party in New York City where lead star Jamie Lee Curtis told E! News, “I think it’ll be dark. I think it’s going to be very dark. It’s in a hospital, [there’s] a lot of darkness in hospitalsdark hallways, scary rooms, sharp objects, a lot of blood, disinfectants.”

Fellow cast members Lea Michelle and Emma Roberts also shared their opinions about the new narrative. Michelle, whose character in the freshman run Hester turned out to be one of the Red Devil Killers, said that she is excited for what’s to come, “I don’t know how I can get any darker than I did in season one but hey, whatever Ryan Murphy wants me to do I am totally down with.”

Meanwhile, Roberts revealed that some of the actors also remain in secret as they have not read the scripts yet. “We’re adding some incredible new cast members that you’ll find out about soon. It’s going to be fun, it’s going to be wild,” she teased.

Picking up where season 1 left off, co-creator Brad Falchuk previously shared that the story is inspired by the classic slasher series “Halloween.” Moreover, Curtis will be the head honcho of the hospital, “She will take on the cases no one else will take and the conditions everyone says are incurable.”

On the other hand, Michelle said, “I’m very excited about my storyline this season. It mirrors one of my favorite horror films. So, that will be interesting if you can figure it out.”

Season 2 of “Scream Queens” will be filmed in Los Angeles instead of the previous production site in New Orleans. The premiere date has yet to be announced, but new episodes will take the Tuesday nights slot at 9 P.M. in fall.