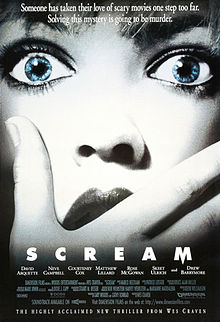 MTV took some risk in rehashing a movie franchise with a cult-like following such as Scream, and hardcore fanatics are divided on the decision. After releasing the 8-minute trailer, reviews popped out like daisies online, with pros and cons being weighed in based on the trailer and new cast that has been formed for the more modern and Youtube video adaptation which replaced the sinister landline phone calls of the past.

Like the old movie franchise, the Ghostface mask is still intact for the serial killer and seems more sinister than ever, according to The Guardian. Jill Blotevogle adapts the show for TV series material with the blessing of original writer and director Wes Craven. One of the benefits cited was that the TV show will allow more room for exploring the characters unlike in the quick movie franchise plots or storylines. This will really allow for slow burning of the plot in favor of letting these characters grow more into the viewers than have them as a temporary entertainment that gets shelved after being watched a few times.

The International Business Times also reports that prior to showing the TV adaptation, MTV will also be offering the option to binge-watch the three films on MTV. The marathon will serve as a good preparation for those who are new to the movies and what it originally offered to viewers when it was originally aired in the 1990s. Although fans requested for a Neve Campbell cameo, the trailer did not indicate such wishes from old fans being granted.