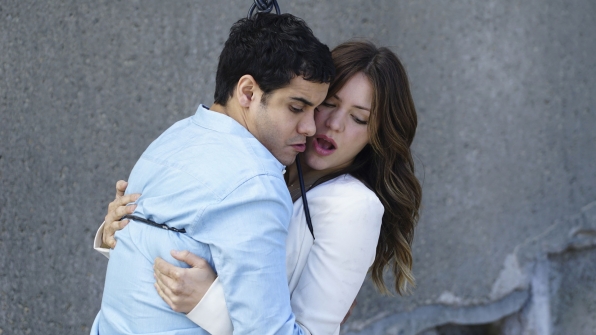 The upcoming season 3 of CBS’ action-drama series “Scorpion” will reportedly focus more on the main characters’ deep feelings after showcasing their abilities during the first two runs.

According to reports, fans have seen the geniuses use their incredible logic and thinking in solving problems at hand. This time around, the new narrative is predicted to highlight more of their emotional side which they previously ignored.

In an interview with TV Line, executive producer Nick Wootton confirmed that Toby (Eddie Kaye Thomas) will be dealing with his personal dilemma after Happy (Jadyn Wong) decided to say no to his proposal.

What may have made the situation more difficult is that Toby seems to have shielded himself away from love and when he was finally ready to take the leap, he was rejected. To make things worse than they already are, Happy admitted that she is actually already married to someone else.

Wootton teased that the plot will be “Our kicking-off point for the next season, for the emotional stories.” He added that Happy’s husband and their connection will be some of the key elements for the new installment.

On the other hand, Walter (Elyes Gabel) will become more forward about his true feelings for Paige (Katherine McPhee). The two seem to like each other but only from a distance and never acted on it as they tried to put their professional relationship first.

“We can’t promise that in the first episode of next season, they’re going to be holding hands and running through a valley of golden flowers together. But at the same time, the Waige relationship will always be there,” executive producer Nick Santora added.