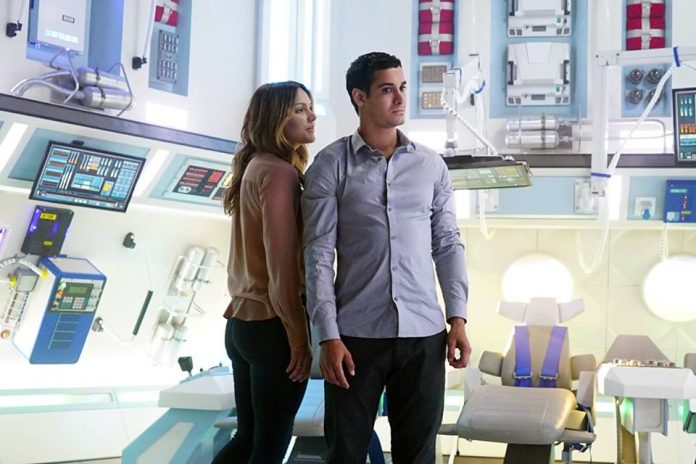 The team of geniuses will have to work on a potential threat to democracy in the brand-new installment of CBS’ procedural series “Scorpion” season 3.

Titled “We’re Gonna Need a Bigger Vote,” episode 7 features the country’s Election Day. Team Scorpion is called in when someone tries to sabotage and throw the important event in U.S. history into chaos.

The promotional video showcases Sylvester (Ari Sidham) stating, “The right to vote is our most precious freedom.” Walter (Elyes Gabel) then proclaims, “Something’s is messing with the election.” It turns out that a certain bunk is removing every vote that has been cast by people so far.

Elsewhere, the installment also focuses on the ongoing love triangle between Walter, Paige (Katharine McPhee) and Tim (Scott Porter). Spoilers reveal that Tim asks Paige if she could meet his parents while they are visiting Los Angeles. The latter agrees but her friends discourage her from going.

However, Walter suggests otherwise and tells the team to leave Paige alone and respect her decision to have some quality time with Tim’s parents. Despite the seeming development on the potential romantic relationship between Tim and Paige, TV Line shares that her mother Veronica (Lea Thompson) might intervene.

The news outlet hinted that Walter appears to have found an ally as the matriarch apparently likes him and hates Tim. She also offers Walter some advice to help him in his attempt to win Paige’s heart.

Down the line, episode 8 dubbed “Sly and the Family Stone” will have the group going to Ireland. Walter discovers that a nearby lake’s natural disaster has created a poisonous cloud that could kill everyone in the village. In addition, Cabe (Robert Patrick) and Toby (Eddie Kaye Thomas) try to alleviate the tension between Tim and Walter.