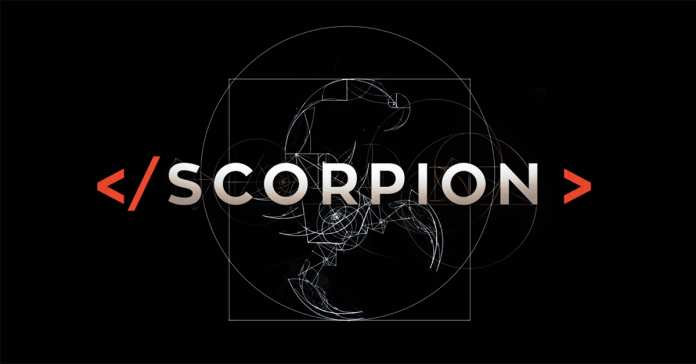 The team of geniuses will be facing thieves in the brand-new installment of CBS’ “Scorpion” season 3.

Titled “Plight at the Museum,” episode 5 begins with what is supposed to be a simple job at the Los Angeles Natural History Museum. The situation becomes deadly when the protagonists discover thieves robbing a rare gem exhibit. It turns out that the robbers are trying to get their hands on materials needed to enrich a nuclear bomb.

After having emotional episodes in the run so far, the next one is predicted to be full of action, adventure, extreme danger and what appear to be fun moments for the viewers. In the promotional photo released by the network, Happy (Jadyn Wong) and Walter (Elyes Gabel) are tied to back-to-back on chairs looking somewhat aghast.

It can be recalled that back in episode 4 dubbed “Little Boy Lost” a big revelation transpired featuring Walter as Happy’s mysterious husband. Toby (Eddie Kaye Thomas) was trying to track down the identity of her spouse when he found out he had feelings for Happy.

In addition, she also broke the news that she is pregnant. Some suggest that with motherhood on the horizon, Happy’s role on the team could possibly change while Walter’s citizenship may be challenged as he married her in order to stay in the country legally. Since there is no preview of future episodes yet, available information should be taken with a grain of salt.

Shippers of Toby and Happy may also be delighted to find out that despite the truth coming to the fore, their special connection is said to remain stronger.

“Eventually, these characters and these relationships are all going to get where they need to be. It’s just going to be hard,” executive producer Nick Santora previously told TVLine.

Gotham season 2: A cannibal, Tigress and Theo Galavan are the...