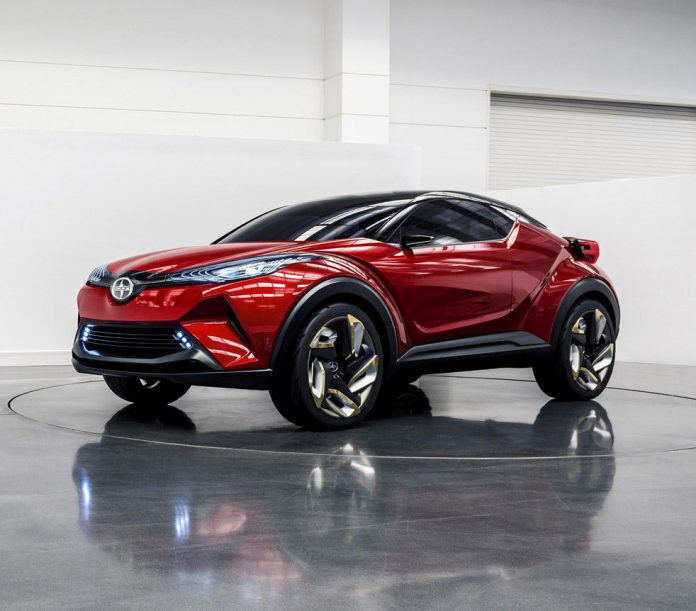 The C-HR, which stands for Compact and High Ride, joins the iA and iM in Scion’s line of third generation passenger cars that will be rolled out until 2017, reported AmeriPublications.

The Scion C-HR Concept was unveiled at the event by Scion Vice President Andrew Gilleland.

“My favorite place to be on a weekend is at a race track, and I wanted to build a vehicle that I would have just as much driving in the city during the week. The Scion C-HR will be a stand-out vehicle for us,” Gilleland described the Scion C-HR.

“Scion is known for doing things differently, and maybe even being a little weird. This C-HR Concept embraces that idea and wears it like a badge of honor. We couldn’t be more excited to add the production version to our line-up,” he added in the official press release for the vehicle.

According to Car and Driver, the design of the crossover features floating taillights and 21-inch wheels. It also sports the elements of the Toyota New Global Architecture, which prides itself on improving rigidity and a lower center of gravity.

The Scion C-HR’s Concept did draw some reservations from some auto sites with some criticizing the vehicle as pushing the dynamics too far, resulting to a vehicle that looks like something out of a science fiction movie.

Scion has yet to reveal the images of the cabin.

The Scion C-HR manufacturing version is expected to debut next year at the Geneva Auto Show.