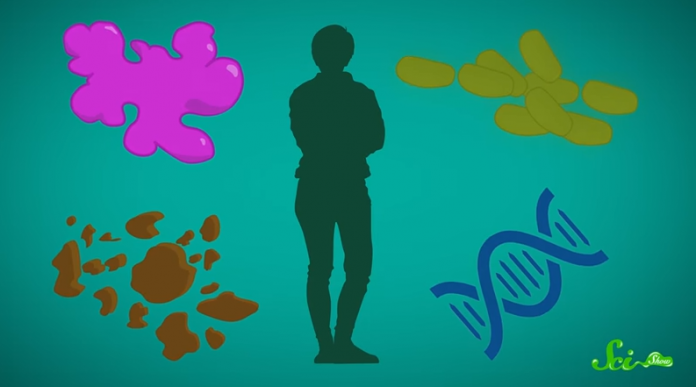 While some species secrete chemicals called pheromones to communicate, there has been a long mystery if the so-called “chemical perfume” could also help humans attract their mates.

A video released by Sci Show explains that while insects and other mammals could detect pheromones that could lead them to a certain behavioral reaction, it still hasn’t been actually proven to work for humans yet.

Aside from the possibility of attracting the opposite sex to mate, pheromones in animals could “induce aggression or alarm, advertise territorial bounderies, promote parent-offspring bonding, or generally keep social behaviours in check.”

No one has ever identified pheromones in humans, however, that could prove if a person’s scent or sweat could prompt a romantic or sexual attraction, or any other behaviour.

According to the video, a person’s scent is different from pheromones. Although some animals and insects depend on these chemicals in social interactions, humans, on the other hand, have several other factors that could influence their behaviours such as sight, sound, memory, context, learning, and social norms.

In fact, how we feel when detecting a certain scent is “often rooted on memory.”

“You might suddenly feel happy when you smell pancakes because that’s what your family made on lazy Sunday mornings growing up or feel attracted to the scent of sweat or sawdust because your sweetheart is a sexy lumberjack,” Sci Show explained.

But this doesn’t mean smelling good or having a specific nice body odor is enough to make a person fall in-love.

In contrast, one study conducted in 1994 suggested that women had scent preferences while sniffing men’s T-shirts. Results showed “women preferred the odors of men with an immune system dissimilar to their own.”

“The experiment demonstrated that attraction was influenced by biological factors,” the researchers wrote. “The women preferred men with a genetic make-up that could increase the health of potential babies.”

Considering the study’s results, Sci Show concluded that “If pheromones do influence our behaviour, the effects are likely more subtle.”