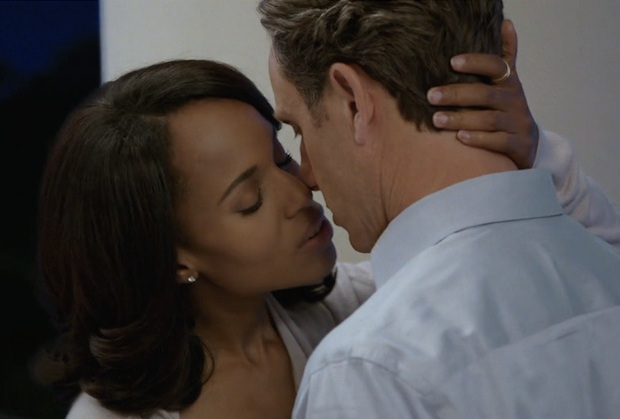 Shonda Rhimes’ “Scandal” may be in winter break, but the midseason finale had left enough topics for fans to discuss before its return next year.

While episodes leading to “Baby It’s Cold Outside” had somehow put the spotlight on Rowan Pope (Eli Morton) and his encounter with loyal gladiator Huck Muoz (Guillermo Diaz), it seemed like the stage was just being set up for a showdown between Olivia (Kerry Washington) and Fitz (Tony Goldwyn). True enough, a shocker no one has seen coming went full blast as Liv sternly said to Fitz’s face, “There is no us; no this; no Vermont; no jam; no future. Not anymore.”

Goldwyn revealed that the crew was shocked as much as the viewing public when they first did the reading roundtable for the last episode of the year not. They did not expected that the remaining episodes of the first half of season 5 would suddenly go into a very dark and controversial tone with the break up and abortion.

However, when asked if he thinks it is still possible for the former couple to reunite once again, the 55-year-old veteran actor said, “I think there’s hope. I think Fitz and Olivia really love each other. I may be alone at this point in thinking that, I don’t know… I didn’t think Fitz could necessarily recover from the revelation that Olivia had been the one who saved her dad and yet Fitz did, albeit in such a dysfunctional way and making a grab at her and putting her in the White House.”

Goldwyn also said that Fitz was just trying to take control adding that he couldn’t imagine how the character would react when he discovers the abortion. Still, Fitz’s feelings for Olivia are beyond logic. “If Fitz were smart, he’d stay 100 miles away from her; he should get in another relationship because, really, how much abuse can two people take? How much pain and suffering? And yet I don’t think they have a choice in the matter with this,” the actor explained further.

The rest of the fifth season of “Scandal” will be back with brand new episodes on Feb. 11, on ABC.