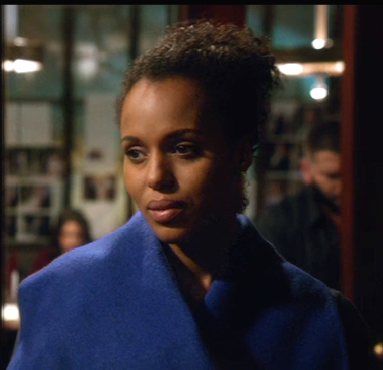 Showrunner Shonda Rhimes recently set the record straight regarding the possible cancellation of the hit fixer drama series “Scandal” after the upcoming season 6.

The executive producer took to Twitter to correct the statement made by co-anchor Lara Spencer in the talk show “Good Morning America.” “Whoa, @GMA: I never said this was the final season of #scandal. Way to make me spit out my coffee!” she posted.

According to Us Weekly, Spencer seemingly sparked an online frenzy when she said that Rhimes apparently confirmed that the franchise is reaching its last chapter during the July 27 broadcast of the news show. She and her co-hosts were discussing the return of “Scandal” cast members to production and the photos they shared on Instagram.

Spencer then disclosed, “A little bittersweet, however, because it has been said that this is also going to be the final season.” Co-host Michael Strahan asked where her intel came from, “I’m afraid to say it … Shonda Rhimes, said, yeah,” she replied. She added, “And it is tremendous, so enjoy every minute of it.”

Following the 46-year-old producer’s tweets about the fate of the series, Spencer then corrected previous commentaries stating, “My apologies. She said she has an ending in mind, but that ending is not happening this next season. So thank you, Shonda. Yes, we can all breathe, because as you guys know, it is my absolute favorite show.”

On a related note, some of the stars have lauded lead actress Kerry Washington’s parenting skills. The portrayer of the powerful fixer Oliver Pope is currently pregnant with baby number two and is reportedly a great mother to her 2-year-old daughter Isabelle.

Tony Goldwyn, who plays as President Fitzgerald, revealed to E! News that Washington is really amazing at her job and motherhood is really important to her. He added that she is “always dragging information” out of him. “She’s determined to be the best mother she can, and she’s so joyful and passionate about it,” he added.

Bellamy Young, as Mellie Grant, also shared that the actress is also a formidable woman who is committed to both her family and work.

'The Fosters' season 4: Callie and Brandon to try to move...