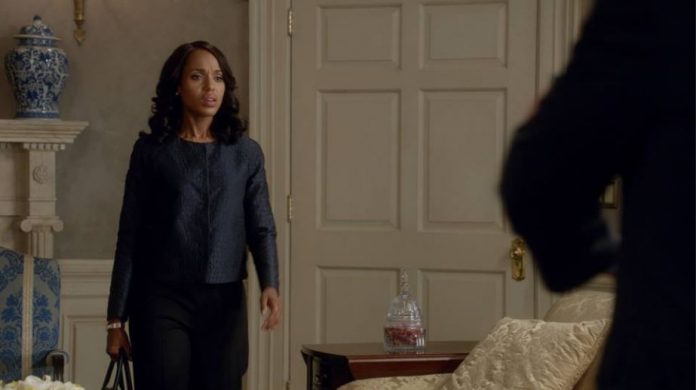 The cast and crew of “Scandal” are gearing up for the show’s sixth season as they headed to work this week to start pre-production on the next installment. The table read for season 6 started on Monday, and series star Kerry Washington, along with her other co-stars, took to social media to tease some behind-the-scenes photos of the table read.

Washington took to her Instagram account on Tuesday, July 26 to share a photo of her place at the table, which included a water bottle and an “Olivia” nameplate. She also shared a photo that features her and her female co-stars, and another one of Washington and Tony Goldwyn (President Fitz Grant).

Goldwyn recently spoke with Entertainment Tonight at the Democratic National Convention in Philadelphia, and the actor shared a few details about the table read and what fans can expect from season 6.

“The first script that [show creator] Shonda [Rhimes] wrote for the first episode of season 6 is ridiculous,” said the actor. “At the end of the table read…I was just like, ‘Can I just stop and say how awesome it is to have this job?’ and everyone’s like, ‘Yeah, this is better than high school.'”

There will be no time jump when the show returns as Goldwyn revealed that the new season will pick up where it left off, during election season. He also previewed what he thinks will happen to his character in season 6, saying that Fitz will most likely find something to occupy his time once a new president gets elected.

“I think I imagine him doing something like Jimmy Carter did. You know like the Clinton Foundation or the Carter Center,” said Goldwyn, adding that Fitz will definitely be involved in trying to influence public policy. However, the actor teased that Rhimes may have something else in mind regarding his character.

“Who knows what Shonda has in mind,” said Goldwyn. “For all I know I’ll be president again.”