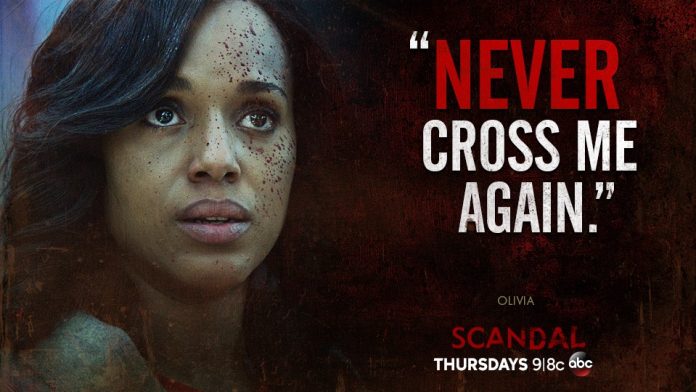 The multi-awarded political drama series “Scandal” is heading to its 100th episode this April, and the production team wants it to be something extraordinary. It begs to answer the question: what if Olivia Pope & Associates did not make it to the White House?

“The 100th episode is insane. This is a ‘what if?’ episode. You’re seeing an alternate reality if things had not gone the way they went. It’s not a standalone. It actually informs your understanding [of these characters] when we get back to our normal ‘Scandal’ reality,” said Tony Goldwyn (via Entertainment Weekly), who plays U.S. Pres. Fitz Thomas Grant III, during the cast’s appearance at PaleyFest.

Joshua Malina, who portrays David Rosen, added (via Deadline) that the upcoming episode has “some fantasy fulfillment, there’s some dread fulfillment.” As for Katie Lowes, who plays Quinn Perkins, it is “the OG Gladiator inside track. It’s such a gift the Scandal writers gave to us, in turn, to the fans.”

Darby Stanchfield, who takes on the role of Abby Whelan, explained that the episode, titled “The Decision,” would be some sort of a recess from the drama-filled episodes because of “the Huck storyline getting really heavy, it’s oxygen to this fire and you laugh because you need to.” The landmark episode will air on Apr. 13.

In February, ABC announced the early renewal of “Scandal,” “Grey’s Anatomy,” and “How to Get Away With Murder.” The three drama series are created and co-produced by Shonda Rhimes.

“Scandal” revolves around Olivia Pope’s (Kerry Washington) crisis management firm, the White House staff, and the people involved in the political scene. The show was dubbed the 2013 Television Program of the Year by the American Film Institute. Washington was recognized by a number of Award-giving bodies as she was nominated for multiple awards for her role.

In the latest episode of the Washington-led show, President-elect Vargas (Ricardo Chavira) was murdered, and Huck (Guillermo Diaz) is starting to believe that there is a traitor among them. He began to trust no one.

The next episode of “Scandal” season 6 is set to air on March 30 on ABC.