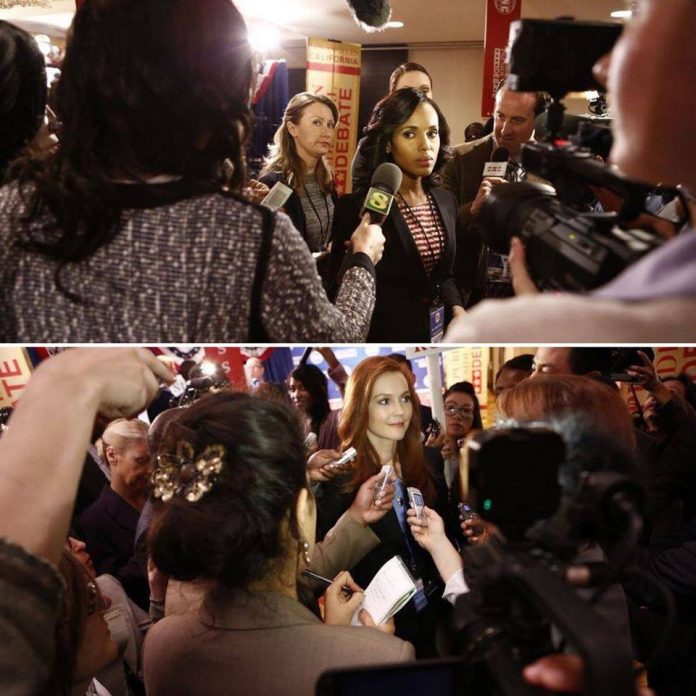 Season 6 of ABC’s “Scandal” will have fewer episodes than the previous installment and may potentially feature more reunions between Olivia Pope (Kerry Washington) and President Fitzgerald Grant (Tony Goldwyn).

According to TV Line, the network’s decision to order only 16 episodes compared to the usual 22, seems to be in consideration of its lead star expecting for her second child. Viewers may remember that ABC did the same during Washington’s first pregnancy two years ago.

Talking to The Hollywood Reporter, Goldwyn lauded the plot which showed a Republican president being pro-choice as impressive. “At the end of the day, it’s her body and her right, but it’s his child. I think everything would lead us to believe that Fitz would be ethically pro-life, even if he has a progressive bend like George Bush Sr. … But the bigger thing is not a political question; the bigger thing here is the emotional [impact],” he stated.

Meanwhile, cast member Scott Foley who portrays Jake Ballard, teased that although Olivia and Fitz are over, anything can happen in the follow up narrative.

Following what happened in the season 5 finale where Fitz finally learned about Olivia aborting their child. “Maybe things will change. Maybe when he’s out of the White House, he will be a more viable option and a free man. But personally, I would like to see Olivia on her own for a bit. Just making choices that make her happy, regardless of the men in her life,” he said to Variety.

He added that alliances may also shift with Cyrus (Jeff Perry) being the vice president of Frankie (Ricardo Chavira) in the democratic side. “You’ve got Fitz on Mellie’s side, you’ve got Abby and the Gladiators and Rowan pulling for Mellie. Cyrus is on an island by himself at this point. It’s going to be interesting to see if what Cyrus did to get Frankie to this point [this shooting at the capital] comes out.”

New season of “Scandal” will premiere sometime in fall.

'House of Cards' season 4 spoilers: Conflicts between Claire and Frank...