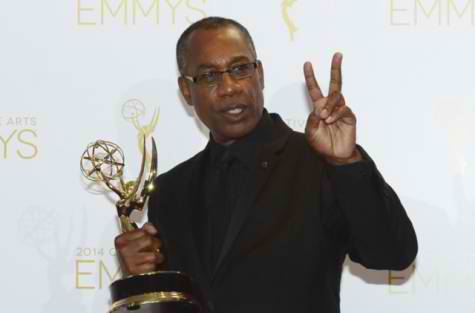 Little is known about what Season 5 of ABC’s thriller drama, Scandal will have in store for its viewers when it premieres on September 24.

With the cast and crew being tightlipped about the details, fans have suggested that some episodes may revolve around Rowan Pope.

In the finale of Season 4, Olivia sent her father to jail for charges of extortion and embezzlement during his tenure as the Command and head of B613. Olivia, together with her on-and-off boyfriend Jake Ballard, made sure that he will not live his life as Eli Pope, a Smithsonian employee, after they put him behind bars.

Talking to Deadline, Emmy Award-winning actor Joe Morton who plays Rowan/Eli Pope, mentioned that his character transition from being a sympathetic father to a bad dad might be rooted from conflicts that Rowan had with Olivia.

“She’s trying to kill me and she believes I’m trying to kill her. It’s a terrible thing if the only way your child knows that you love them is if you don’t kill them. I think that’s kind of where it started that I think he’s gotten darker and darker because he’s unable to reach her in the way that he would like to,” he said.

When asked about what he thinks will happen to his character now that he is in prison, he revealed that he does not have any idea for the time being.

“I haven’t the faintest idea. I mean, we don’t know. Shonda [Rhimes] doesn’t let us know until we actually sit down at a table read. So, we really don’t know. There’s no kind of, “here’s what we’re going to be doing next season” kind of thing.”

He also teased that even if it seems like the charges might be an easy situation for Rowan to get out of, the outcome would still depend on what twists Rhimes decides to throw at the story.