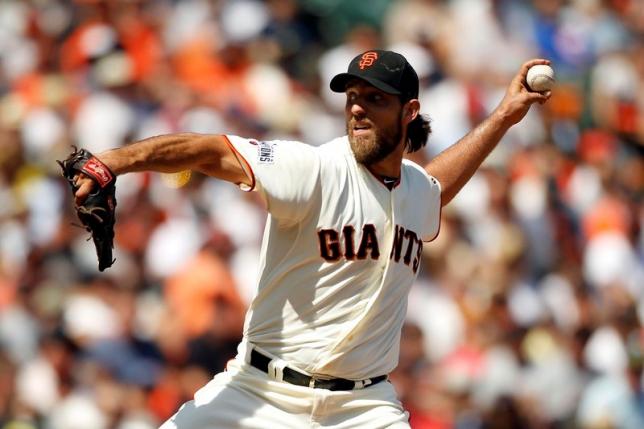 The San Francisco Giants hit a small roadblock just before the beginning of the season after ace Madison Bumgarner revealed that he has two minor injuries that will force him to miss at least one spring training start. However, he believes he’ll be completely injury-free on Opening Day.

Talking to a group of reporters on Sunday, the left-hander said that he is suffering from a certain nerve problem called neuroma. The issue is bothering his left foot, along with some pain in his right rib cage. According to an ESPN report, the pitcher got a cortisone shot for his left foot while an MRI result showed that there was no serious oblique injury. With the injury, the team was forced to cut him from the lineup for the scheduled spring training against the San Diego Padres.

Yahoo Sports revealed that Bumgarner experienced a mild tweak in his rib cage while performing a batting practice session, but later found out that there wasn’t any oblique damage. Although he’ll be missing some time for spring training, it is more of a precautionary measure from him and the team just to be sure nothing will be aggravated in the process. Meanwhile, the news that there’s no oblique damage is a good one considering the fact that players are known to have a tough time recovering from an oblique injury.

But perhaps the more pressing issue is his recurring foot problem, which the team revealed to have started in the offseason and has seen little progress. But with rest and treatment, the recovery time for neuroma isn’t that long.

Now the question they are out to answer right now is if Bumgarner will still be the Opening Day starter since they’ve already named him a few weeks back. The decision is obviously going to be based on his recovery. But with three weeks before their April 4 season opener, there is time to make a backup plan.