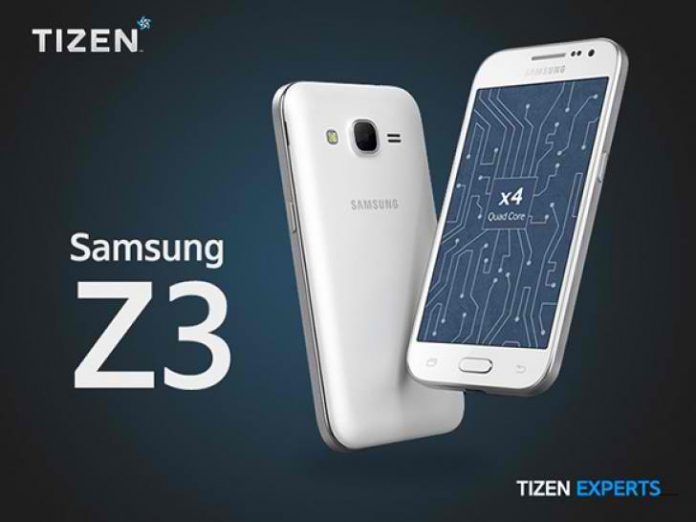 The long-rumored Tizen-powered Samsung handset that is set to be released sometime in the future may be coming very soon now, as latest reports claim that the new Samsung Z3 may be coming any day now. Add to that the recent report that the Samsung Z3 just had its FCC certification, which is another indication that a release will be coming sooner than later.

Previously reported to be focused only on the emerging market around Asia, the Samsung Z3 Tizen smartphone may now be coming to the European region, according to a report by Sam Mobile. Should this prove to be true, the Samsung Z3 will mark the first Tizen phone to be made available in the European market. The Z3 will be initially launched in Germany, France, the United Kingdom, Russia and Poland.

As to its release date, earlier reports claim that the Samsung Z3 will be launched by October of this year. However, later reports claim that the device may be unveiled officially during the upcoming Tizen Developer Conference that will take place September 17 through September 18 in Shenzhen, China. The Tizen-powered Samsung Gear S2 smartwatch is expected to be unveiled at the event, too.

As for its specs, rumors point out that the Samsung Z3 may sport a 5-inch wide display with a qHD resolution. It runs under a Snapdragon 410 chip, along with a 1.2GHZ quad-core Crotex-A53 CPU, along with an Adreno 306 GPU. It packs 1 GB worth of RAM, along with 8 GB worth of built-in internal storage capacity. Unlike most of Samsung’s recent releases, the Z3 might have support for an external microSD expansion of up to 64 GB worth.

As for the camera, the Samsung Z3 may come with a 5 megapixels rear main camera with LED flash, coupled with 2 megapixels front facing camera for selfies and video calling. It comes powered by a 2000 mAh battery, and runs on Tizen OS 3.0.

SpaceX rocket failure: The cause behind the explosion still unknown