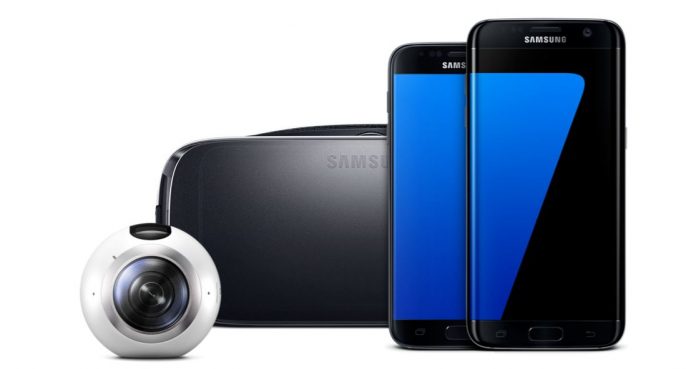 Tech giants continue to further enhance the overall experience of consumers as they keep on introducing innovative ideas, one of which is the virtual reality headset that was recently launched by some companies. Samsung is attempting to take a share of the pie but through a different and more convenient mode.

Called the Samsung Milk VR, users may get to see a full 360 degree view without the need to purchase a headset, as long as they have a compatible device and the downloaded Milk VR application. Samsung promises to enable users to “discover, search, download, and play 360 video content” through some Samsung devices as an alternative to those who want to experience “virtual reality,” but do not own a headset. Of course, it will still be quite different from using an actual device, but it is a unique means to play contents, nonetheless.

From the Play Store, users may download the Milk VR application. After which, they can opt for the 360 degree video content that will modify the screen to a different view. To navigate, the user may simply press the right or left button.

The application is compatible with the Note 5, the Samsung S6 lines, as well as the newest flagship devices, the Samsung S7 lines. In addition, the handsets need to be running the Android 5.0 version. The Milk VR application also currently has a geographical restriction, which may be addressed at a future date.

Meanwhile, for users who want to get the full virtual reality experience, Samsung also has an actual device. The Gear VR promises to deliver 360 degree view that is not only clear through its bright F2.0 lens but can also withstand ruggedness through its IP53 certification or the capability to take water sprays that are less than 60 degrees vertical. The said device also boasts seamless connection with Samsung smartphones as it can easily connect through Bluetooth or Wi-Fi.