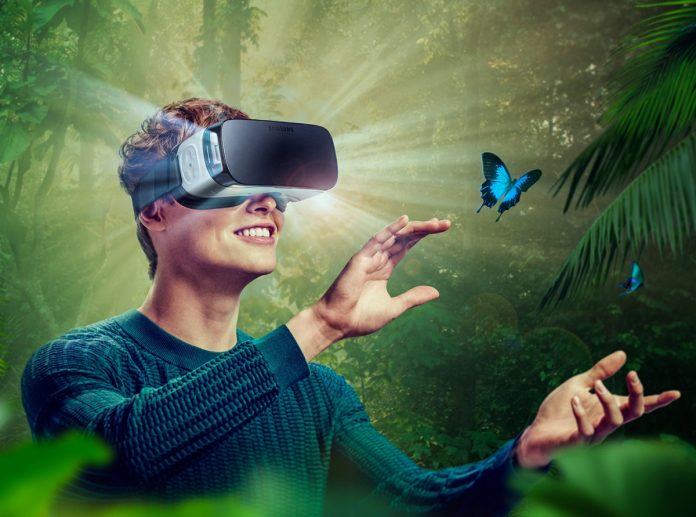 With Oculus VR rolling out the pre-selling of their much anticipated Oculus Rift, other tech giants that are actively developing their own virtual teality equipment are also upping their game to give the market more choices. This is what Samsung is trying to do with their continued development of their virtual reality head-mounted piece called Samsung Gear VR.

In this year’s Consumer Electronic Show (CES) held in Las Vegas, Nevada, the South Korean company went all out not only boasting their phone lines but also their recently released Gear VR. On top of that, the device can also be found in other booths around the event including SyFy’s area which is showing “The Expanse VR,” which runs on the hardware after this week’s announcement.

The Gear VR’s main selling point is its portability and mobility which are two of the most important areas that the tech market is developing on. Different from other virtual reality devices out there which are highly dependent on computers, Samsung’s offering only needs a compatible phone for it to run.

So far, the Gear VR is suited with four different smartphones from its parent company Samsung Galaxy Note 5, S6 edge+, S6 and S6 edge. The device gives users the ability to impart virtual reality even from their personal media stored on their respective phones like watching videos for a far more engaging experience.

Samsung Internet Gear VR beta is also available which allows users to browse the web in a 360 degree perspective. Aside from what Samsung already provides, a plethora of providers and applications are compatible with the device like 360 degree videos from YouTube as well as photos from Flickr.

The Gear VR is also far more affordable than Oculus Rift, costing only $159 compared to $600 of the former.