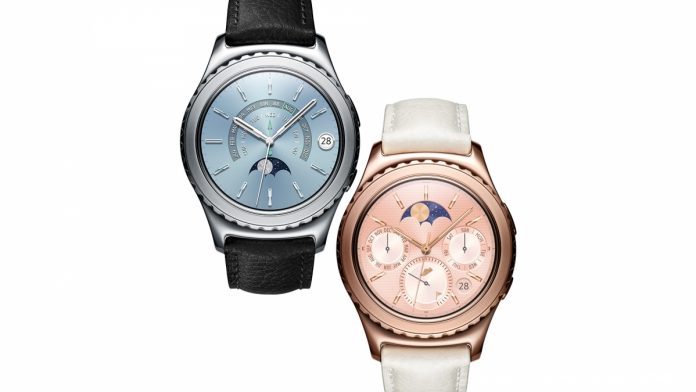 Will Samsung unveil the Gear S3 this year?

Multiple sources say that Samsung is gearing up to unveil the watch at the IFA media day event on Aug. 31. The trade show will take place in Berlin, Germany from Sept. 2 to 7, but the IFA will also have its press days earlier.

Earlier this month, Samsung said that they will be revealing a “timely innovation” at the event, so this confirms the announcement in a not so subtle way.

It should be noted that last year’s Gear S2 was also launched at the same event, so Samsung might be thinking of doing the same thing during the IFA trade show this year.

Meanwhile, Digital Spy believes that Samsung may launch the Gear S3 in October to counter the rumored Apple Watch 2. This is actually quite plausible since the two companies are known to compete with each other and launch their products weeks or even days from the other.

An alleged leak of the Gear S3 came out a couple months ago, and based on the image, many believe that the watch will have a more classic look while sporting a metal bracelet and a fluted bezel. The watch is also supposed to come in three versions, the Gear S3 Classic, the Gear S3 Frontier, and the Gear S3 Explorer. All three editions will have sensors, including an integrated global positioning navigation system, a digital speedometer gauge, a barometer, and an altimeter to measure altitude.

The Gear S3 Explorer will also have additional features like a crown, extra buttons, and changeable watch bands.

As for now, fans may stay tuned since Samsung will surely announce something during the IFA media event this Aug. 31. The company will also be livestreaming the event on their website, so check it out.