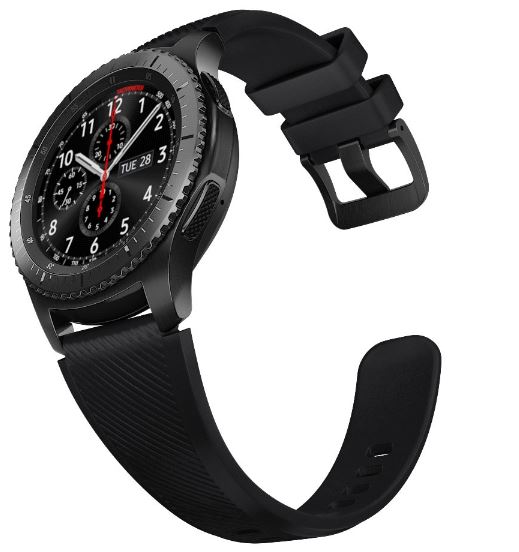 Earlier this month, Samsung unveiled its latest smartwatch, the Gear S3, at the IFA 2016 in Berlin. The South Korean company announced two versions of the wearable device the S3 Classic, which mimics the feel of a classic watch, and the S3 Frontier, which is a more rugged version of the device. Many tech fans are already waiting to see when the smartwatches will be out in the market, as Samsung has yet to announce details as to when the devices will be available to the public.

According to Wareable, there is no firm release date for the watch as of the moment, but October is a strong possibility with regard to its availability. The Gear S3 will be available at most major retailers such as Best Buy, Amazon, Macy’s, T-Mobile and Verizon, and consumers can periodically check out these providers for specific pricing and availability. Upon checking Amazon for the device, it was revealed that the Gear S3 isn’t listed on the online retailer’s page yet.

Meanwhile, those who are in the market for a new smartwatch can take this time to choose which between the S3 Classic and S3 Frontier should be on their wrist later this year.

Those who have an affinity for timeless designs might find the S3 Classic to be more suitable for their lifestyle and sartorial choices. According to the Samsung Newsroom, the device pays homage to the minimalist, elegant style found in the most iconic timepieces, with its size and shape chosen to reflect the consistency and balance of a well-made luxury watch.

On the other hand, those who want a sportier look may opt for the S3 Frontier, as it has a slightly larger, raised bezel with rectangular, textured buttons.

The S3 Frontier is also heavier than the Classic, as it weighs 62 grams in comparison to the Classic’s 57-gram body. The Classic comes with Bluetooth/Wi-Fi connectivity, while the Frontier will offer up a Bluetooth or standalone LTE model.

Both devices have IP68 certification, which means that they are dust and water resistant. Both also come with a 1.3-inch AMOLED screen with a resolution of 360 x 360 pixels, and several watch strap options so wearers can switch up their look whenever they want. The S3 Classic and S3 Frontier are powered by a dual-core 1 GHz processor with 758 MB of random access memory (RAM). They run on the latest Samsung-built Tizen 2.3.2 operating system.

Based on the current pricing trend, it has been rumored that the smartwatch will be available starting at $499. The price is expected to vary depending on the carrier and variant.

ZenFone 3 news: Device rumored to have AR/VR support, may be...