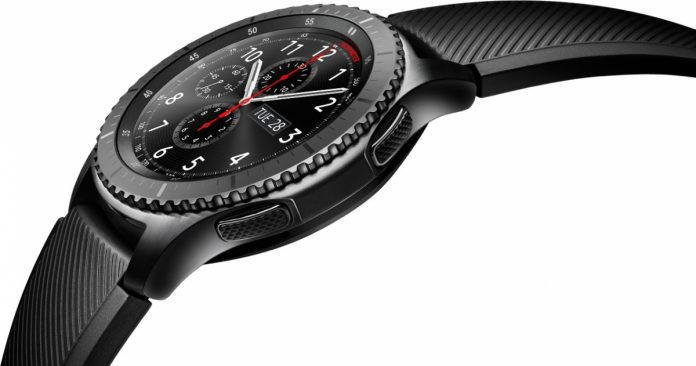 Samsung released two variants of its new smartwatch  the Gear S3 Classic and the Gear S3 Frontier at this year’s IFA in Berlin on Wednesday. Both phones both models are bigger and bulkier than their predecessor.

The main difference between the Samsung Gear S3 Classic and the Gear S3 Frontier is the niche they fill. The Classic comes with a leather strap, a ridged bezel and two buttons at the side, contributing to its refined look. The Frontier, on the other hand, has a plastic strap and focuses on “exploration” and fitness.

The Samsung Gear S3 Frontier also has two versions  one with Long Term Evolution (LTE) connectivity and the other without. There is also a little difference in weight as the Classic weighs lighter at 57 grams compared to the latter at 62 grams.

Aside from that, both smartwatches come with a stainless steel body, a 1.3-inch AMOLED display, 360 x 360p resolution and rotating bezels. Basic connectivity options include Bluetooth, NFC, Wi-Fi and the newly integrated Global Positioning System (GPS). It also has many features such as waterproofing, heart rate tracking, Samsung Pay and more.

A 768 MB random access memory (RAM) and 4 GB internal storage can be found inside with a 380 mAh battery, which is expected to power up the devices for about three to four days even if using LTE.

Both Classic and Frontier also measure 46 millimeters thick, which is clunky compared to the 42-millimeter Gear S2.

The Verge noted that the bulkiness made the Samsung smartwatch lose its appeal. Although it is indeed loaded with added features, it can be too heavy and too thick for some. Sacrificing the sleekness for GPS, LTE and other features is understandable, but it looks huge when worn by a woman and may not be up to the taste of some consumers.

Pricing and availability of the Samsung Gear S3 have not been revealed, but speculations suggest that the most expensive variant may cost as much as $400.