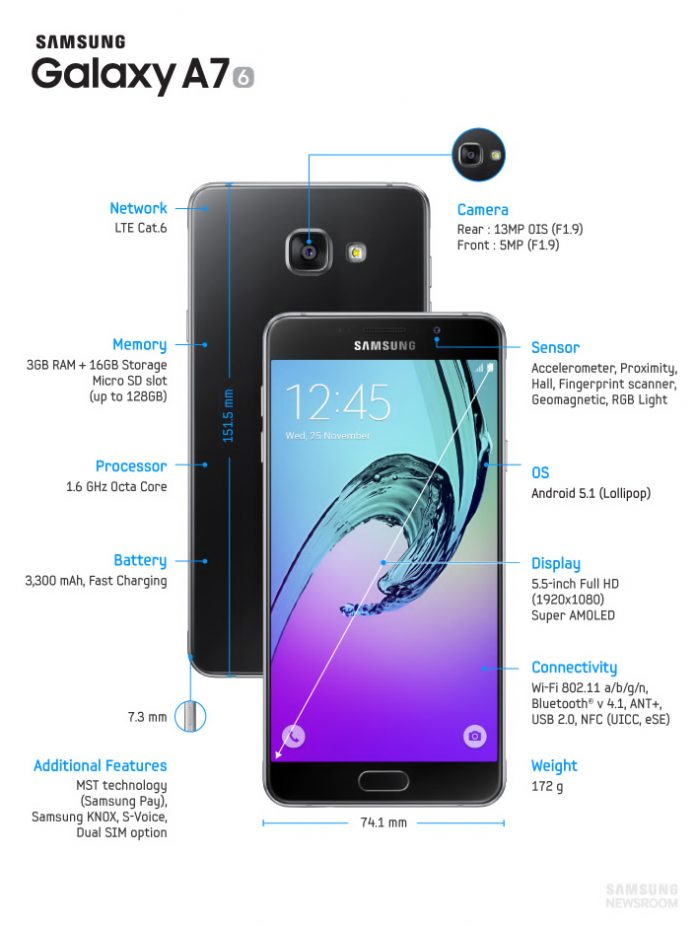 Samsung announced Wednesday the launching of new mid-range smartphones for next year, specifically the 2016 editions of the Galaxy A3, A5 and A7.

Samsung Exynos processors will power the three devices. The Galaxy A3 will have a 1.5 GHz quad core chip while the A5 and A7 will feature a faster 1.6 GHz octa-core processor.

The phones will also have better cameras and software interface. The new system will include Optical Image Stabilization and a Quick Launch feature, which allow users to take a photo by double-clicking the home button.

“With the introduction of the Galaxy A (2016), we took the consumer feedback on our original Galaxy A models and made thoughtful and impactful improvements offering consumers a seamless convergence of style and performance for their everyday lifestyles,” JK Shin, CEO and Head of Samsung’s IT & Mobile Business, said in an official press release.

While Samsung holds the top position as the best selling smartphone brand in the year, Chinese brands Huawei and Xiaomi are quickly catching up. Apple remains in second place.