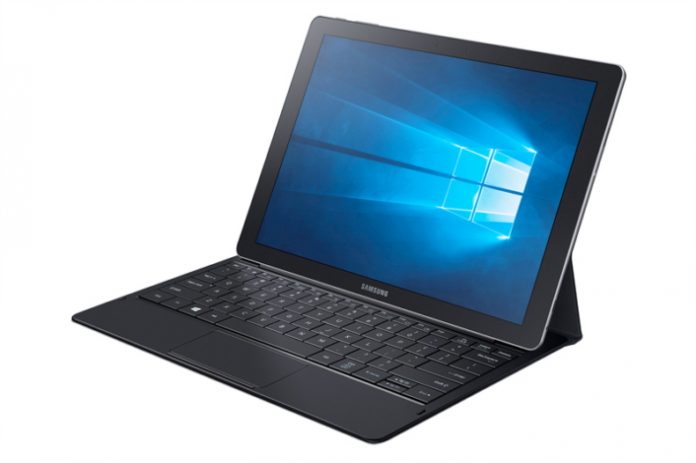 The Galaxy TabPro S, Samsung’s newest 2-in-1 tablet PC running on Windows 10, was recently unveiled at the Consumer Electronic Show 2016 in Los Angeles. However, no pricing was announced. Now, price details for the device have been revealed, all thanks to a review from Germany and an online retailer.

As detailed by German blog site All About Samsung, the basic version of the device with Wi-Fi only and Windows 10 Home costs 999. Upgrading the operating system to Windows 10 Pro will cost an additional 100. Furthermore, getting the LTE version would cost another additional 100which means that someone who want their galaxy TabPro S to be an LTE version and run Windows 10 Pro would have to dish out at least 1,999. However, it was not mentioned what RAM and storage combination the mentioned pricing details were for.

With the device listed on Amazon.de, it was confirmed that the 4GB RAM version of the galaxy TabPro S with a built-in storage capacity of 128GB is priced at 999

Launched at the recent CES, Samsung intends the new TabPro S to be a topnotch device that combines both mobility and high-functionality.

“Galaxy TabPro S balances the best of Samsung’s Galaxy Tab with the wealth of features on the Windows 10 operating system for the most advanced tablet experience on the market,” said Dongjin Ko, President and Head of Mobile Communications Business at Samsung Electronics. “We’re thrilled to be working with Microsoft Corp. to deliver a 2-in-1 tablet that truly allows people to enjoy productivity and connections that matter most, through a seamless mobile station designed for all purposes.”