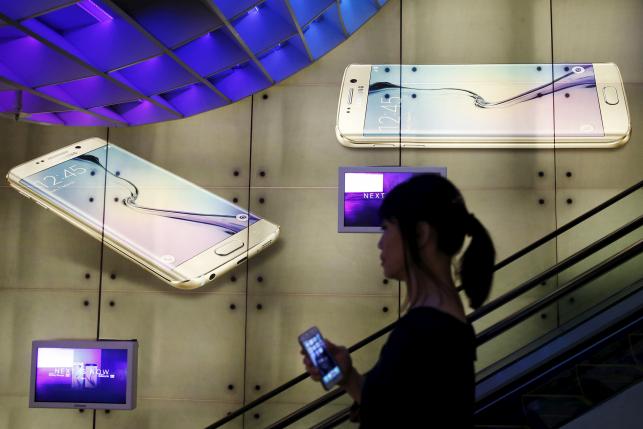 The world of technology, most of all the industry of smart devices, is full of rumors and speculations. Hot on the rumor mill right now are the two expected flagship releases by the top  rival smartphone companiesSamsung and Apple. While Apple is expected to release the iPhone 6s or the iPhone 7, Samsung is also rumored to be on track to release the Galaxy S7.

But how are the two rumored flagships when pitted against each other?

While there is really close to no information regarding the Galaxy S7, one thing is generating much buzz right nowthe display.

Going back to a statement they made last year, it is safe to say that Samsung may be finally working on a foldable display for the upcoming Galaxy S7. Talking to ZDNet last year, Lee Chang-hoon, VP of Samsung Display, teased of an innovation they are getting ready for.

This statement reminded fans of a Business Korea report citing a Samsung official about foldable displays being possible for the year 2016.

For the iPhone 6s/7, meanwhile, it is rumored that Apple will be abandoning the 16GB variant and will make only the 32GB, 64GB, and 128GB variant. Other rumored specs include the removal of the traditional SIM card, and the inclusion of the Force Touch technology.

Other features rumored to be coming are a more powerful A9 processor, an NFC-chip NXP 66VP2, 12-megapixel rear-camera with 4K video resolution support, and an upgrade of the RAM to 2GB.

As to its release date, MIC Gadgets claims to have sources saying that Apple will unveil the new iPhone in China and US on September 18.