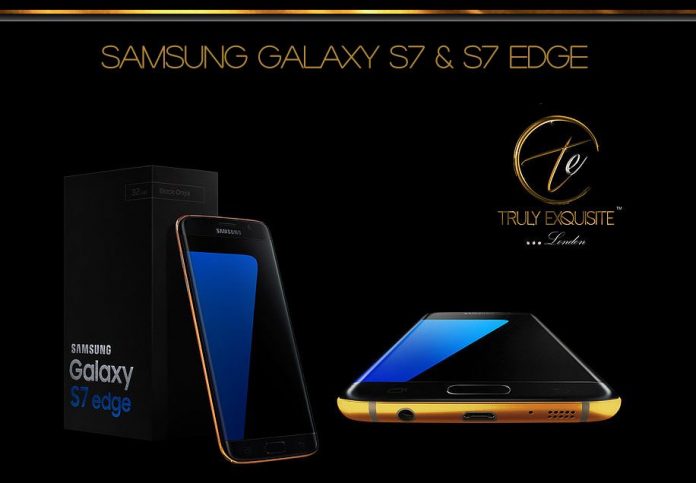 As if owning the newest flagship smartphone from Samsung, the new Samsung Galaxy S7 and the Galaxy S7 edge, is not enough, a luxury device customization company is offering a special edition of the device gilded in 24K gold and other luxury builds as well.

Unlike the standard version that will be available directly via Samsung and other third party retailers, this version of the new flagship devices will feature a frame that will be made with a material based on three different choices. Users can opt to have their new Galaxy S7 or S7 edge made with 24K gold, platinum, or 18K rose gold.

The company is now taking pre-orders for those who are interested to have one for themselves, and prices will start at 1,700, or at a price equivalent of around $2,360, depending on the variant.

Truly Exquisite offers the Plated Versions of the Samsung galaxy S7 and the Galaxy S7 edge for a release of 21 days after the device’s official release date on March 11. The orders from the company will be released with free worldwide shipping, and all units are unlocked with one-year warranty.

Aside from the device itself, the Plated Versions of the new flagship devices from Samsung will be coming with a Luxury Wooden Display Box, a free Samsung Gear VR headset, and a Wireless Charging Pad. All standard accessories for the devicesuch as the headset and the travel chargerwill be included as well.

Truly Exquisite will be donating 5 percent of the revenue that came from most of their products to various charities around the world.