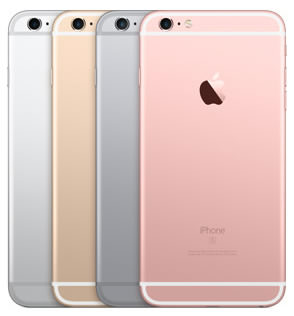 Because they are competitors in the same price range, it is worth looking at the features of the newly unveiled iPhone 6S and compare them with the specifications of Samsung’s Galaxy S6 Edge, which was released last year.

First off, the iPhone 6S comes with a 4.7-inch IPS LCD screen that outputs a resolution of 1334×750. The screen delivers an image density of 326 pixels per inch or PPI. Under the casing, the iPhone 6S is equipped with Apple’s A9 processor. As for RAM, ARS Technica reported that developer Hamza Sood ran a test on an iPhone 6S simulator and discovered that the new iPhone will have 2GB of RAM to support its A9 processor, which Tech Radar described as 70% faster than the A8 chip in the iPhone 6.

As for its camera, the iPhone 6S carries a 12 megapixel rear camera. At the front of the device is a 5 megapixel camera for shooting selfies.

Other features for the iPhone 6S include an upgraded Siri app as well as 3D touch technology, which allows the device to execute specific action based on the pressure exerted by the user’s finger.

The Samsung Galaxy S6 Edge, on the other hand, is a bigger device at 5.1 inches and has a touchscreen display with a resolution of 1440 by 2560, Inquisitr reported, and 577 ppi.

The S6 Edge’s screen uses the AMOLED display technology instead of the IPS displays found in the iPhone 6S, Gizmag added.

The Samsung smartphone also has a higher resolution for its rear camera, at 16 megapixels vs. 12 megapixels. The front camera, however, is also at 5 megapixels. It also has a fingerprint sensor to lock and unlock the device with.

As for its processor, the Galaxy S6 Edge packs more RAM than the iPHone 6S as it has 3GB of RAM supporting its chipset, which is an octa-core Exynos 7420 processor.