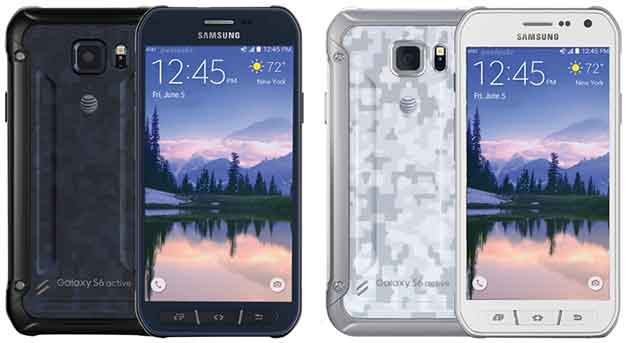 Ever wanted the power of the Samsung Galaxy S6, but afraid it cannot keep up with rugged and unforgiving use? Users can now enjoy its premium specs without worrying about the need to be always delicate with the phone, as Samsung already released the new Galaxy S6 Active.

The Samsung Galaxy S6 Active packs most of the same premium specs found in its sibling flagship, the Galaxy S6. But unlike the first S6, the S6 Active is made of tough plastic, and is thicker and heavier than the S6. More than that, the S6 Active is built to withstand extreme elements of tough daily use. It is waterproof with an IP 68 certification, and can withstand immersion in water for up to 1.5 meters deep for up to 30 minutes long;. It is also dust proof and shock proof so there would be no more worries about accidental falls The screen is also scratch resistant, and equipped with Corning Gorilla Glass 4. It sports a 5.1-inch Super AMOLED display with 1440 x 2560 QHD resolution.

The Galaxy S6 active runs with the same powerful chip of the S6, an octa-core Exynos 7420, with a Mali-T760 MP8 GPU. It comes with 3GB of RAM and 32GB of non-expandable phone memory. The S6 Active comes with Android Lollipop 5.0 out of the box.

The camera of the S6 Active is no less-powered than the S6, as it comes with a 16MP front camera that is able to shoot videos of up to 4K Ultra HD resolution at 30 fps, and a 5MP front-facing camera with HDR capabilities.

The S6 Active packs more juice than the ordinary S6. While the S6 has only a battery capacity of 2550mAh, the S6 active comes powered with a 3500mAh non-removable batterygiving users more power to do what they have to do in their everyday lives. The Samsung Galaxy S6 Active is available exclusively via AT&T.

For users who cannot afford to spend $699 for the S6 Active, a lighter rugged Samsung phone is available through Amazon for a limited time, the Samsung Galaxy Xcover 3 (1.5GB RAM, 8GB expandable storage of up to 128GB, 4.5-inch display, quad-core processor), for $300.

Apple's iPhone 7 leaks keep pouring in; what's new and what...