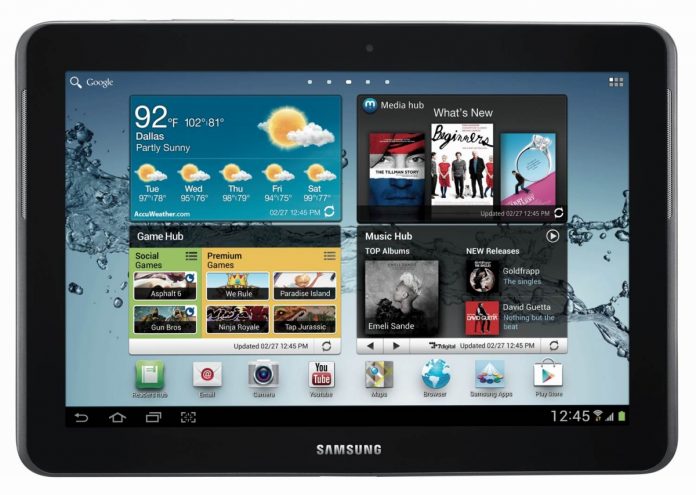 The much awaited Samsung Galaxy Tab S2 8.0 has been leaked online and the images of the device are available on the French website of the U.S. regulator, the Federal Communications Commission.

The device, which is set to be the modified version of the Samsung Galaxy Tab S 8.4, will have improved features and new specifications. And in latest news, the device has reportedly been approved by China’s Telecommunication Equipment Certification Center, or TENAA.

Regarding the features of the device, the Samsung Galaxy Tab S2 8.0 is expected to have 1.9 GHz quad-core processor and a 3GB RAM. And from the leaked images from the French website No Where Else, it has been reported that the device may have an 8-inch screen, which may be AMOLED and may come with a with 1536 x 2048 pixels resolution.

Also, according to the report, the camera features include an 8MP rear camera and 2.1MP front camera. The device is also expected to have a 32 GB internal storage feature, and there has been no speculation on the extension of the storage, as of now. However, according to the leaked images, there was a MicroSD card slot spotted.

Apart from these features, the device will be available in Wi-Fi only and Wi-Fi with cellular connectivity models. The device will be run on the latest Android Lollipop 5.0 and will be paired with Samsung’s Touch Wiz.

The device is expected to release during the second or third quarter of this year.