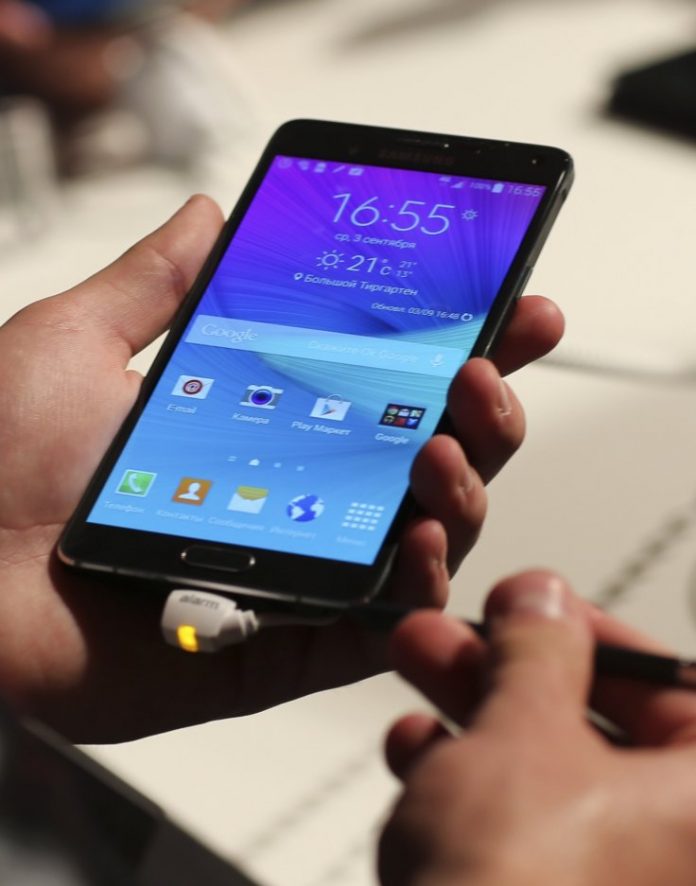 Rumors continue to swirl about Samsung’s new installment of the handheld Galaxy Note device, with the latest leaks claiming that the upcoming Samsung Galaxy Note 7 will now come with the inclusion of an additional security feature capable of scanning a user’s eyes.

The news came about from a screenshot shared by Price Raja, with the accompanying article claiming that the new Galaxy Note 7 will have an iris biometric scanner. The screenshot was allegedly of the device’s settings application screen, with text written in Korean.

The screenshot showed what might be the device’s security settings, as evidenced by the fingerprint icon on the side with a total of three options shown at the bottom of the white pop up window. Prominent Samsung news outlet Sammobile shared the screenshot, alongside another one from Weibo, that featured the same text only written in Chinese.

Allegedly, the options at the bottom of the white pop up window were choices about what to use for the Galaxy Note 7’s security settings. The middle choice can be presumed to indicate the standard PIN code setting, while the left option is allegedly for those wishing to use the device’s fingerprints scanner.

For the remaining one on the right however, reports allege that the text can be translated to read “Use Iris” in English. The information suggests that Samsung’s next device in the Galaxy Note family will feature an iris biometric scanner, which means that the device will be able to read and identify the specific features of its user’s irises.

The addition of an iris scanner could be a very innovative and interesting feature, provided it works as well as planned and the above information is true in the first place. Mobile devices already have the capability to recognize the finer points of an image, like fingerprint scanners being able to read the lines in someone’s fingers or the increasing spread of cameras being able to detect faces, which makes a camera being able to properly identify the finer features of a person’s eyes not that farfetched.

As for the device itself, it has not yet been officially announced despite the leaks, though some believe that Samsung might be gearing up for a formal reveal this August.