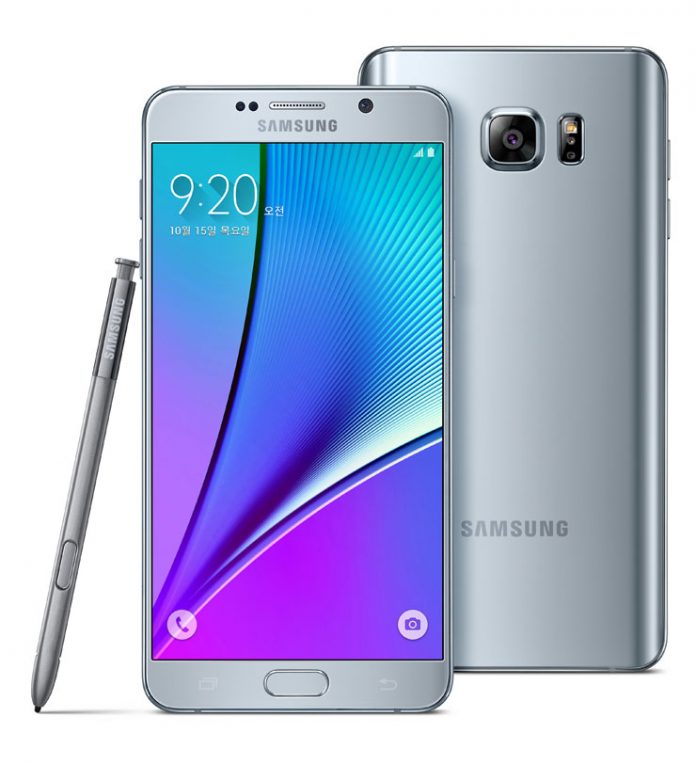 Samsung fans have been waiting for the next Galaxy Note device to make its debut since the Note 5 was released. According to reports, the device became the number one smartphone during the first quarter of 2016, and now, fans are anticipating that the next Galaxy Note phone will be even better than the previous one.

There have been whispers that the South Korean company is about to release the Samsung Galaxy Note 7 this year, and recently, alleged leaked images of the upcoming device have made the rounds online. The pictures were uploaded on Twitter by Steve Hemmerstoffer, who, according to Tech Radar, has a proven track record as he predicted both the iPhone SE and iPad Pro.

Hemmerstoffer tweeted four pictures on Monday, July 11 which shows that the device appears to have multiple sensors at the front of the prototype. This fueled speculations that the Galaxy Note 7 might have an iris scanner, which will make the passcode and fingerprint scanner a thing of the past.

If the iris scanner does show up on the upcoming device, Samsung will not be the first company to include the feature in its smartphones as the scanner can also be found on the Lumia 950 XL. While the iris scanner isn’t as popular as the fingerprint scanner, this could take off immediately once it is added to the Galaxy Note 7.

Another photo of the purported Galaxy Note 7 prototype was published by GSMArena, and three sensors can be seen at the top of the phone. Apart from that, it looks like the smartphone will also have an edge screen, and it’s possible that this year’s Galaxy Note will have curved display.

GSMArena claims that mass production is likely to start this month and that Samsung could make an official announcement on Aug. 2. The Samsung Galaxy Note 7 is said to go on sale one or two weeks after its debut and is rumored to be priced at $900 once it becomes available to the public.