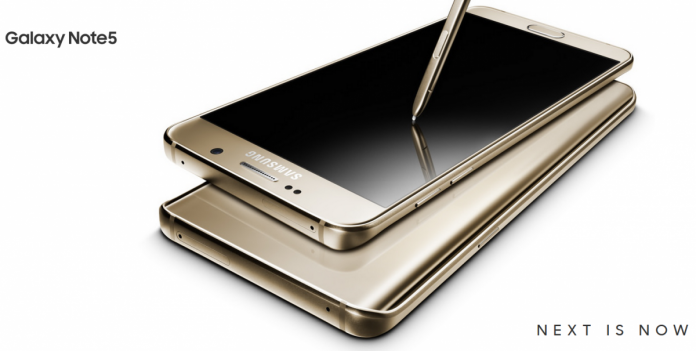 Back in the past weeks, there are two flagship phablets from two different companies that were launched on the same daythe Xiaomi Redmi Note 2, and the Samsung Galaxy Note 5.

Which phablet is better? Will Xiaomi beat Samsung’s much-awatied phablet flagship, or will the South Korean tech giant beat the Redmi Note 2?

First off, the new Samsung Galaxy Note 5 pack premium specs under its hood, as it runs under a 64-bit 3.6GHz octa-core Exynos 7420 processor, and sports a 5.7-inch Super AMOLED display with stunning 2560 x 1440 Quad HD resolution. It packs a massive 4GB worth of LPDDR4 RAM, along either 16GB or 32GB worth of built-in internal memory. Just like other recent releases from Samsung, the Galaxy Note 5 does not have support for an external microSD expansion.

As for the camera, a 16 megapixels rear-facing camera and a 5 megapixels front snapper for selfies and video calling is available. Both cameras have an f/1.9 aperture. It boots on Android Lollipop 5.1.1, and powered by a 3000mAh non-removable battery, with Fast Charging and Fast Wireless Charging feature.

The Galaxy Note 5 comes with the trademark S Pen, which is now improved and even more accessible with its new spring activated feature.

The Xiaomi Redmi Note 2, on the other hand, sports a 5.5-inch display with a 1080 x 1920 Full HD resolution. The new device runs under a 64-bit Helio X10 octa-core processor (8x Cortex A53 CPUs), with a PowerVR G6200 GPU, claimed to be 3.5 times faster than its predecessor. It packs 2GB worth of Dual Channel LPDDR3 RAM, and with two variant of either 16GB or 32GB worth of built-in internal storage. The device supports external micro SD expansion.

As for the camera, the new Redmi Note 2 offers a 13 megapixels rear-facing camera with phase detection Autofocus feature. A 5 megapixels camera for selfies and video calling graces the front of the device.

Additionally, the CPU clock speed of the Redmi Note 2 depends on what variant the user gets. The 16GB variant has a clock speed of up to 2GHz, while the larger 32GB variant clocks-in up to 2.2GHz.

Perhaps it is the price where the Xiaomi Redmi Note 2 wins against the Samsung Galaxy Note 5 by a big margin. With all the premium specs that the Redmi Note 2 has, it is only priced at $155, significantly lower than other models of the same specs that range above $700 each.

The Samsung Galaxy Note 5, meanwhile, is priced at around $350.

OnePlus Android Marshmallow news: Updates rolling out to OnePlus One, 2,...