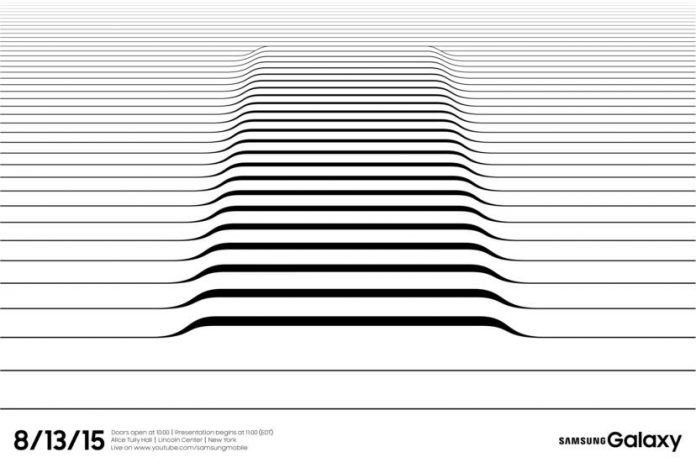 While the Samsung Galaxy Note 5 is expected to be officially unveiled by the South Korean tech giant in an event scheduled for next week, leaks pertaining to the new flagship phablet continue to surface, with the latest one being a live image of the alleged Galaxy Note 5.

As given by an anonymous source to Droid Life, a live image of the Galaxy Note 5 at hand shows the upcoming flagship tablet and most of its key physical aspects. Most noticeable is the nearly borderless display. It has a metal body framing with glass panels, with slight curve at the lower back edge of it. The S Pen was also shown, along with some other basic physical features like the USB port, the headphone jack.

Previous round of rumors pointed out that the new Samsung Galaxy Note 5 will be run under an octa-core Exynos 7420 processor, and will sport a 5.66-inch display with stunning 2560 x 1440 resolution. It is expected that it will pack 4GB worth of RAM, along 32GB worth of built-in internal memory. Just like other recent releases from Samsung, the Galaxy Note 5 will not have support for an external microSD expansion. As for the camera, there will be a 16 megapixels rear-facing camera and a 5 megapixels front snapper for selfies and video calling. It is expected to boot on Android Lollipop 5.1.1, and powered by a 3000mAh non-removable battery.

Rumored to be unveiled along the Galaxy Note 5 is the Galaxy S6 edge+. The new variant of the flagship Galaxy S6 line is expected to come running under an octa-core Exynos7420 processor, with 4GB worth of RAM, among other features.

Samsung had recently officially unveiled their Galaxy Unpacked 2015 event, which will be held on August 13, at New York.

The Samsung Galaxy Note 5, along with the Galaxy S6 edge+, are both expected to be unveiled at the event.