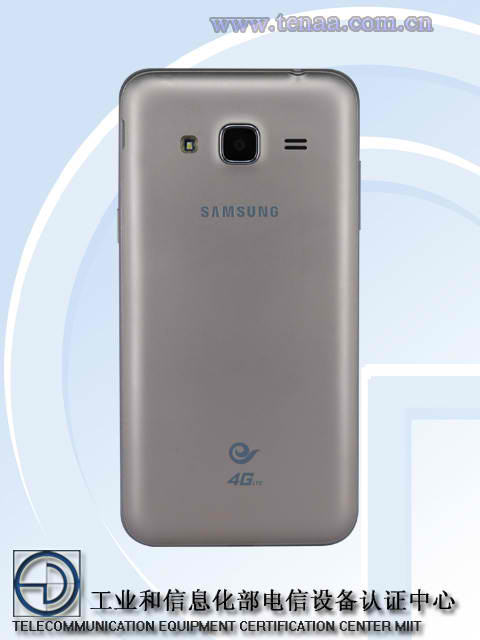 The long rumored and unannounced Samsung Galaxy J3 smartphone recently made news once more, this times as the device passed over TENAA and had its 3C certification in China, too.

As detailed by the Chinese certification body TENAA, the device at hand will have a model number of SM-J3109. Going in line with previous rumors of its hardware specs, the TENAA listing reveals that the rumored Samsung Galaxy J3 will be yet another mid-range device from the South Korean company, sporting a 5-inch wide OLED display with a 1280 x 720 720p HD resolution. It runs under a quad-core chipset, which is said to be the Snapdragon 410, as per previous GFXBench benchmark results, and with an Adreno 306 GPU. This comes with a CPU clocking in at 1.2GHz frequency.

The device packs 1 GB worth of RAM, and a mere 8 GB worth of built-in internal storage capacity. Fortunately, it supports external microSD expansion of up to 64 GB worth. As per TENAA, the device boots on Android Lollipop 5.1.1 only, but it is expected that it may come with Android marshmallow 6.0 out of the box once it becomes official.

As for the camera, the Samsung Galaxy J3 is expected to have an 8 megapixels main rear camera with CMOS sensors, and it may come coupled with a 5 megapixels front facing camera for selfies and video calling, with the capability to record videos of up to 720p HD in resolution.

Aside from passing through and being certified by TENAA, the MS-J3109 was also recently certified in China by 3C.

Previously, the device was also certified in the US territory via the Federal Communications Commission. It details similar specs as that of other certification bodies.

The device is expected to be priced at around $100 once it launches.

Apple iPhone 7: device may be out sooner than we thought;...