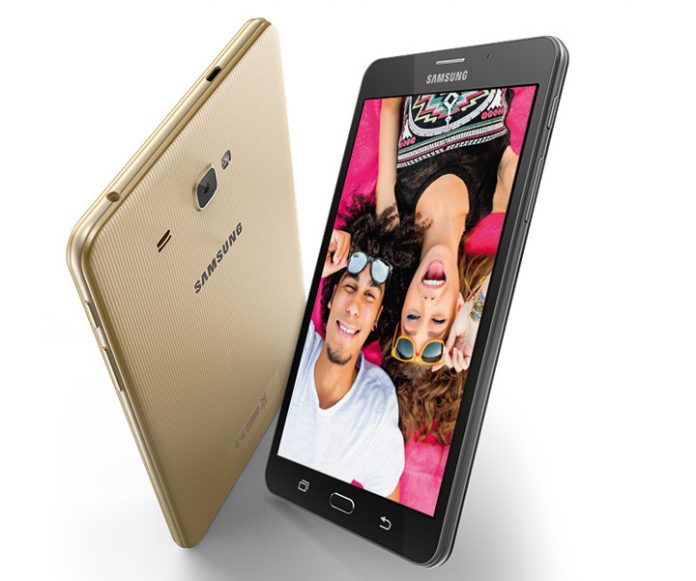 After only a mere day since it was first rumored, the massive phablet that is the new Samsung Galaxy J Max is now official. Samsung has launched the device and it will soon be going on sale in India, with international sales expected to follow sooner or later.

According to a new report, the new Samsung Galaxy J Max was launched with a massive display size, just like what was rumored for the device. As it turns out, Samsung really equipped the Galaxy J Max with a massively huge 7-inch display. Such a display size for a smartphone may be perfect for high-resolution viewing, but the new Galaxy J Max, despite its size, only sports 1280 800 pixels in a Wide Extended Graphics Array (WXGA) TFT panel display.

The new Galaxy J Max runs under a quad-core processor with a central processing unit (CPU) clocking in at a speed of 1.5 GHz. It packs 1.5 GB worth of random access memory (RAM), along with 8 GB worth of internal storage capacity. The device also supports external microSD expansion of up to 200 GB perfect for users who would want more space for their media and applications.

The device stands at 186.9 mm tall, 108.8 mm wide, and is 8.7 mm thick. With the massive size of the device, one may find it awkward to make calls in public by putting the device beside their ear which is why Samsung is including a free Bluetooth headset for the device, for users to make calls without having to physically touch the device.

It has an 8-megapixel rear camera and a 2-megapixel front snapper, 4G LTE connectivity, and support for dual-SIM. The device is powered by a 4,000 mAh battery and runs on the Android Lollipop 5.1 operating system (OS).

The Samsung Galaxy J Max will be available in India later this month for RS 13,400, which is about $200.