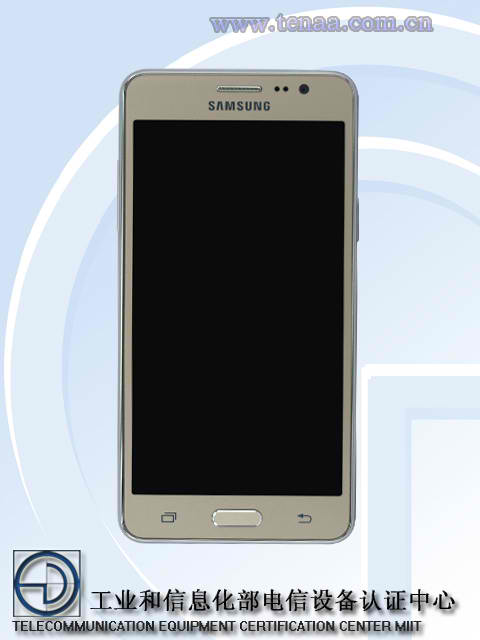 The device, now certified by TENAA, was also shown in new images. Along with the release of images comes a partial list of the device hardware and software specs. The new details revealed that the Samsung Galaxy Grand On is a mid-ranger smartphone with only a mere dual-core CPU on board.

As detailed by TENAA, the Samsung Galaxy Grand Onalso once called the Galaxy 05 and the Galaxy Mega Onwas shown in a benchmark result to have a 5.1-inch display with a 720p HD resolution. It runs under a dual-core unknown processor, with a 1.2GHz Cortex A7 CPU, and an ARM Mali-T720 GPU. It packs 1 GB worth of RAM, along with 8 GB worth of built-in internal storage capacity. It supports external microSD expansion of up to 128 GB worth

As for the camera, the details reveal that the Galaxy Grand On will be having an 8 megapixels rear main camera with the capability to record videos of up to 1080p Full HD resolution. The front camera that comes with it will be 5 megapixels, with the same 1080p Full HD recording capability.

The Galaxy Grand On boots on Android Lollipop 5.1.1.

Last year, Samsung introduced new galaxy lines such as the Galaxy A series, Galaxy E, and Galaxy J. To date, Samsung now has five different Galaxy smartphone lines: the Samsung Galaxy S serieswhich is the flagship smartphone series of the company, the Galaxy Note serieswhich is the phablet flagship series of the company, and the new group of mostly mid-range smartphonesthe Galaxy A, Galaxy E, and Galaxy J series.

The upcoming Samsung Galaxy Grand On is expected to be the first entry in the upcoming new line of smartphones from the South Korean tech giantthe new Galaxy O series.