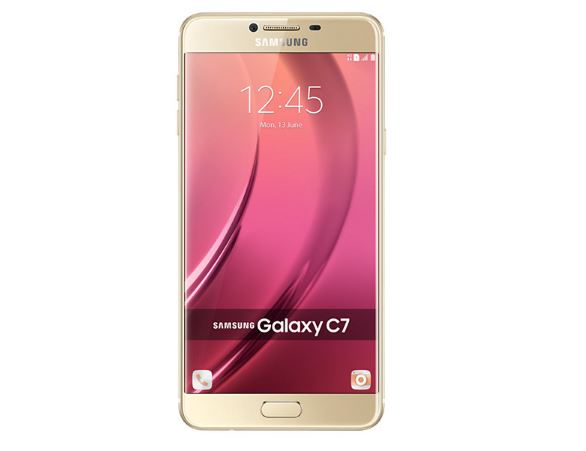 Over the past years, Samsung has released a variety of phone models which cater to every price point. While the company’s Galaxy S and Note variants are undoubtedly some of the pricier handsets in the market, the tech giant has also made sure that those who are looking for quality devices at a more affordable price can get their hands on a Samsung-branded phone with its new Galaxy C product lineup. Now, it appears that a next-generation device is on its way as the Samsung Galaxy C7 Pro has been reportedly spotted on the India import tracker Zauba.

According to GSMArena, the handset, which has the model number SM-C7010, was featured in two listings on the website. The devices are said to be intended for testing, and it was speculated that a release is pending soon. No other information was included in the leak, apart from the fact that the phone will have a 5.7-inch display.

The current Galaxy C7 model was released in July and has a 5.7-inch Super AMOLED display with a resolution of 1,080 x 1,920 pixels. It has a 16-megapixel rear camera and an 8-megapixel front-facing shooter and is powered by an octa-core Qualcomm Snapdragon 625 chipset. It has 4 GB of random access memory (RAM) and 64 GB of internal memory which can be expanded up to 128 GB with a microSD card. The handset made its debut alongside the Galaxy C5, and the two devices are the first in the company’s Galaxy C series.

It is expected that Samsung will improve the current phone’s specs for the Galaxy C7 Pro and that the device could have a metal build. The Galaxy C7 is available in Gold, Pink, and Gray, and it’s likely that there will be more color options for the upcoming phone.

The Galaxy C7 starts at $400, and it is estimated that the C7 Pro will also start at the same price point. Stay tuned for more news about the Samsung Galaxy C7 Pro.