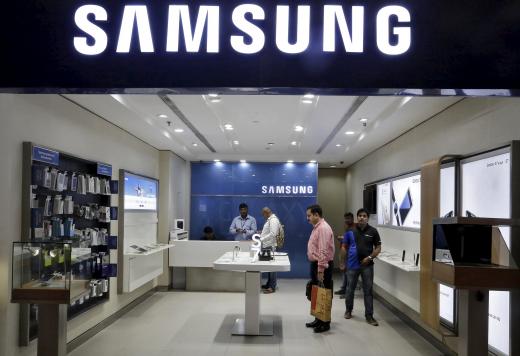 Alleged photo of Samsung’s next generation device dubbed “Galaxy C5” has been leaked online, featuring a frontal view of an all-metal chassis.

According to GSM Arena, the new device may probably be launched in China first before it expands to other markets worldwide targeting the mid-range market. It is believed to be offered with a 5.2-inch screen with 1080p display either LCD or AMOLED, 4GB of RAM, Qualcomm Snapdragon 617 chipset under the hood, and Marshmallow 6.0 out of box.

In addition, the unibody may also be offered in gold, with a combination of 8-megapixel front-facing lens and 16-megapixel main camera supporting dual tone flash. The aforementioned capability will be featured for the first time on the smartphone series. However, it remains to be seen if this comes to fruition.

In a related note, the Korean-based tech giant is also speculated to work on another version of their high-end gadget Galaxy S7 which will be given the label Active.

Value Walk shared that the new smartphone will reportedly come to AT&T for consumers who are located in the United States. The carrier is said to have previously offered both Galaxy S6 Active and the Galaxy S5 Active.

The image of the S7 Active circulating online suggests that the device bears the carrier logo and the model number SM-G891A. Meanwhile, the design and overall shape are similar to its predecessor, S6 Active. The specs are said to follow the standard version, with Qualcomm Snapdragon 820 processor, paired with 4GB of RAM, and a bigger battery for longer life.

The line is deemed to be for users who have somewhat extreme lifestyle and spend their time more outdoors as the phone is rumored to boast military standard of toughness such as 810 G and even IP68 certification for water and dust-proof rating.

Since Samsung has yet to comment on either of the devices, available information should be taken with a grain of salt.