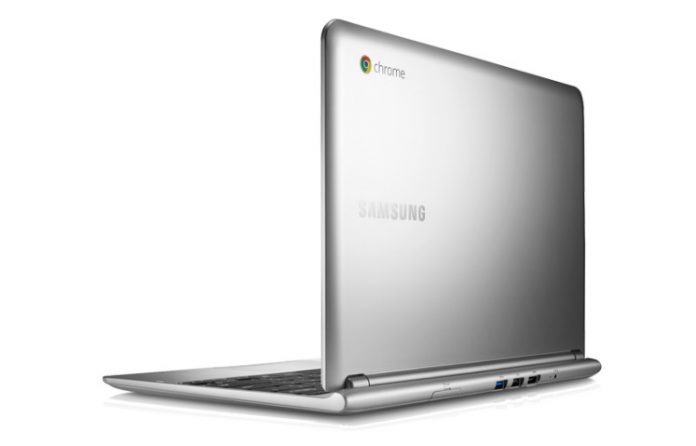 While Samsung fans were busy speculating on the company’s rumored follow-up to the Galaxy S7 and the recent passing of their highly volatile phablet, the Galaxy Note 7, they may have been caught off guard as the South Korean tech vendor is about to dish out their very own Chromebook yet again.

Simply dubbed as the Chromebook Pro, the upcoming notebook from Samsung could be arriving anytime soon as spy shots of the device have been flooding tech websites as of late. Moreover, the new laptop was also spotted by keen observers to already be for sale at a certain online store but the listing was removed from the website later on.

Those who got the chance to check out the new Chromebook Pro on the said site were able to take down some of its specs and if these are anything to go by, the latest offering from Samsung is said to be carrying a hexa-core chipset. Moreover, reports also suggest that the Chromebook Pro will be donning at least 4 GB of random access memory (RAM) and a spacious 32 GB of built-in memory.

Other attributes of the notebook include a 12.3-inch multi-touch screen with hinges that enable its display to be rotated as much as 360 degrees. Furthermore, the new device will bear other components such as USB Type-C hubs, an SD card port, a battery pack that lasts for 10 hours, and a stylus just like the one lodged in the now demised Galaxy Note 7.

Meanwhile, as per the posting made on Adorama, the Samsung Chromebook Pro will sport a price tag of at least $500. However, Samsung has remained silent about the recent posting and leaked photos that were spread online.

Fans are advised to take these details with a pinch of salt as the South Korean firm has to make an official announcement.