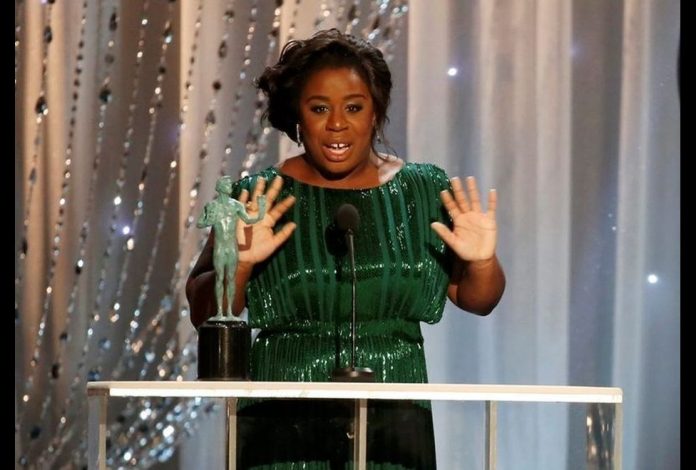 Award season is in full swing as the Screen Actors Guild (SAG) just recently handed out their trophies to the best of the best in both film and television. And while the Academy Awards has recently been in a pool of backlash because of its lack of diversity in terms of nominees and even committee members, the SAG was very much different.

“Orange is the New Black” actress Uzo Aduba took home her second SAG trophy for Outstanding Performance by a Female Actor in a Comedy Series just after winning an Emmy a few weeks ago.

“The greatest piece of advice came from my mother. My family immigrated here from Nigeria. My mom has overcome numerous obstacles to make it possible for me to be standing here,” Aduba shared during her acceptance speech. “She said Uzo, just work hard. All I know is that you must work hard. I have never heard of nothing coming from hard work,” she added.

The 34-year-old actress also called out the actors who are not yet quite in the place where they hope they’d be and said to just never give up and keep on trying and working.

“No matter if anyone tells you to get out of that line you are waiting in, stay in line you have this,” Aduba said.

Another big winner is Viola Davis who won again for Outstanding Performance by a Female Actor in a Drama Series for “How To Get Away With Murder.” Like Aduba, she also nabbed a trophy earlier this year in the Emmy’s, making her the first woman of color to receive best actress in a drama from the awards show.

However, arguably, the biggest victor of the night was 43-year-old actor Idris Elba who bagged two of the major awards, Best Supporting Actor for his role in “Beasts of No Nation” and Best Actor in a Limited Series for his work in “Luther.” The British actor took to his Twitter account to celebrate his first ever SAG win.

For the list of all SAG winners, check here.