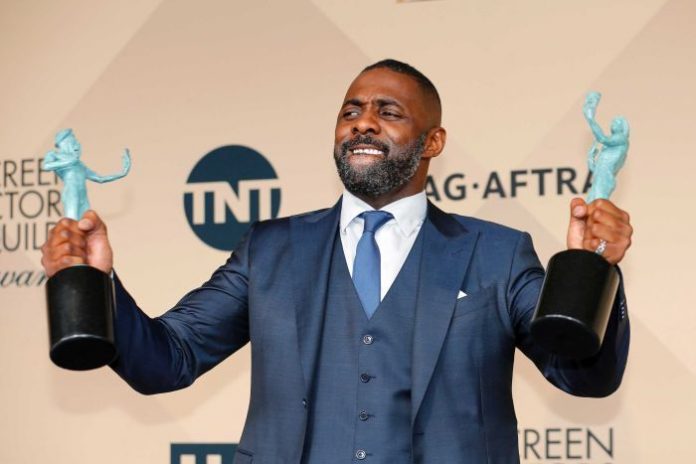 The Screen Actors Guild Awards was praised for its diversity of winners.

“Ladies and gentlemen, welcome to diverse TV,” said British actor Idris Elba who won best actor in a television movie or miniseries for “Luther” and best supporting actor for “Beasts of No Nation.”

Netflix’s “OITNB,” which is known for its diverse cast won the ensemble award for a comedy series. “This is what we talk about when we talk about diversity,” said cast member Laura Prepon.

Latifah, 45, spoke about the diversity controversy back stage after her win, saying, “I think some of it was already happening but the public has to continue to demand that.”

“We are in a capitalist society so hopefully supply and demand will kick back in,” she added. “The people want it. Give it to the people.”

“The only thing that separates women of color from anyone else is opportunity,” said Davis, 50, who refused to ignite further debates in her acceptance speech.

“We have become a society of trending topics,” she continued. “Diversity is not a trending topic. It’s just not. I see myself as an actor. No matter what is going on in the business, I will find a way to practise my art.”

The issue on diversity sparked after the Academy Awards announced their nominations with the lack of cultural differences among its major nominees. Jada Pinkett-Smith, whose husband is 2016 Golden Globe nominee Will Smith, was the first to stand up against the Oscars for the absence of non-whites in the four acting categories.

Both Jada and Will Smith are boycotting the Oscars along with director Spike Lee.

'Justice League' movie spoilers: Superheroes may go against one of their...