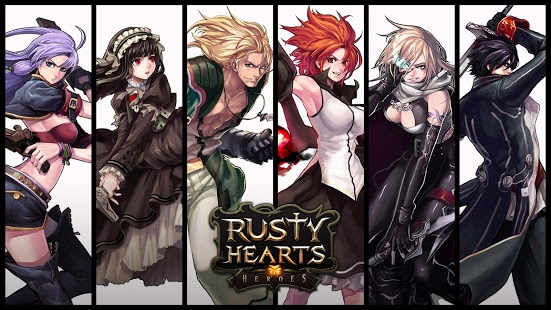 Reports claim that it is rare that soft launches include the U.S. market as developers usually go to a smaller and more controllable places like New Zealand and the Netherlands. With the second release of the action role-playing game having a broader market, it may mean that the final version is somewhere near in the future.

The game has a so-called old school brawler feel when it comes to the gameplay and how the combat features are rendered. Gamers may use combos and even chain attacks, with finishing moves featuring special skill sets by the chosen character to kill enemies.

If successful in completing a mission, the character levels up and the attributes such as STR, DEX, and MAGIC may be increased. It is also the way a player can personalize the build of its character. The animation seems to have been inspired heavily by Japanese anime, which may appeal to the younger generation.

YouTube user Rendermax first teased the look of the gameplay, suggesting that the game may not be similar to the popular PC version. However, the same set of original heroes would be featured.

The spin-off dubbed “Rusty Heroes,” is free for download on the Google Play Store and Apple Store for Android and iOS. Last updated on Jan. 14, the game requires at least Android 4.1 and 32 megabytes of memory. Players might meet a few bugs and issues that will be addressed when the final version of the game is unveiled.

The parent game was created by Stairway Games and published by three companies in different regions such as Windysoft for Korea, Perfect World Entertainment in North America, and Sega in Japan.

'Switched at Birth' season 5 spoilers: campus racism dealt with in...