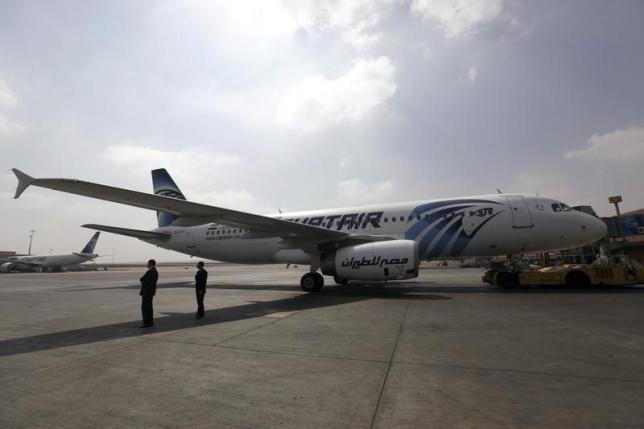 Russia has banned incoming flights by Egypt’s state-owned airline, a senior Russian diplomat and an official of Moscow’s Domodedovo airport said on Friday, two weeks after a Russian jet crash in Sinai that Islamist militants claimed to have caused.

The aviation agency Rosaviatsia declined to comment when contacted by Reuters and Egypt’s civil aviation minister Hossam Kamal said Russian authorities had not officially informed Cairo of the decision.

Russia’s ambassador to Cairo, Sergei Kirpichenko, told a local television channel there that cancellations of EgyptAir flights to Russia were “temporary security measures”. He did not elaborate.

The airport official, who requested anonymity, said the ban on EgyptAir flights would take effect on Saturday.

The move comes a week after Russia suspended passenger flights to Egypt in the wake of the Sinai crash, for which a group affiliated with Islamic State has claimed responsibility. The Metrojet Airbus A321 was bringing holidaymakers home from the Red Sea resort of Sharm el-Sheikh.

All 224 people on board were killed in what the militants described as revenge for Russian air strikes in Syria that began in late September. The United States and Britain have said it appeared that a bomb brought the airliner down.

While no official investigation has confirmed the militants’ claim of responsibility, several countries have canceled flights to Sharm el-Sheikh and announced new precautions.