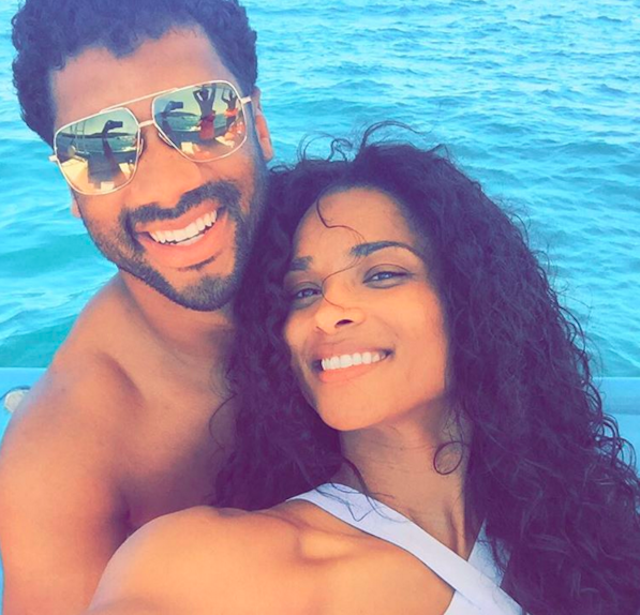 Seattle Seahawks quarterback Russell Wilson and singer Ciara have been making headlines recently as they have shared their personal views about relationships. When it comes to being engaged, the latter reportedly stated that it is just a matter of time.

According to an interview with Entertainment Tonight, Ciara is gearing up for an exciting year ahead, which might include a possible engagement with her NFL star boyfriend. “It’s all about time. Everything falls in perfect timing with the way it’s supposed to,” she reportedly told the news outlet as she flashed a ring-less left hand during her appearance at Billboard Women in Music.

She attended the event to present friend Missy Elliot the Billboard’s Innovator Award. “Every time she does something, I get so excited. What people may not know is, she’s truly a perfectionist and she gets really shy, very protective, of her work,” she said.

Meanwhile, the gorgeous couple has been the talk of the town earlier this year when they revealed that they decided to abstain from sexual intercourse before marriage. Russell stated in an interview that time that it was not an easy decision to make, “I ain’t gonna lie to y’all now. I need y’all to pray for us. ‘Cause I know y’all seen her on the screen now. If there’s a 10, she’s a 15.”

He also gushed about his girlfriend to Rolling Stone saying, “I knew God had brought me into her life to bless her and for her to bless me and to bless so many people with the impact that she has and I have.”

Ciara was previously engaged to 32-year old rapper Future to whom she shares 18-month old son Future Zahir Wilburn. The mother also excitedly shared that her child is amazing and can now talk and walk on his own, “He is so tall, but he’s moving along so well. I’m so proud. He literally is in the parrot stage… It’s the cutest thing in the world!”