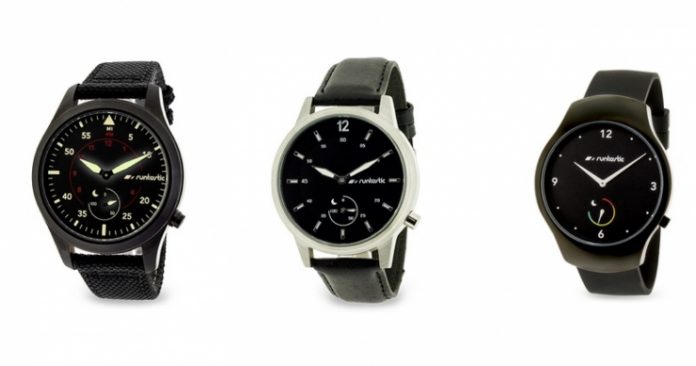 Runtastic, a subsidiary of shoe maker Adidas, has finally released its much awaited Runtastic Moment line of smartwatches.

According to Ecumenical News, the Runtastic Moment smartwatches were released in four models Elite, Classic, Basic and Fun. The line was officially unveiled by German manufacturer Runtastic during the IFA 2015 event in Berlin.

Three of the smartwatches are constructed with stainless steel bodies, Ecumenical News said, with the exception of the Fun model, which comes in an aluminum casing.

The smartwatches have the appearance as well as the functions of any ordinary wristwatch, MNR Daily, but it also comes with features that allow the device to track the user’s activity.

For instance, the article reported, the Runtastic Moment fitness trackers are all equipped with a pedometer, which takes note of the calories that a wearer burns during exercise as well as record minutes spent in exercise and the hours spent sleeping.

As for battery life, Venture Beat alleged that the non-chargeable battery in the devices can last up to 6 months.

Venture Beat also reported that the Runtastic Moment’s software can allow users to set personal records that they can try to beat, as a means of motivating themselves to exercise more and become fit.

Clearly meant for those with an active and athletic lifestyle, the Runtastic Moment devices are made to be fully waterproof to up to 300 feet of submersion, the article noted.

The Moment Basic is also available for $129 and comes in black and beige only. Meanwhile, the Moment Classic carries a price tag of $179, and comes in gold, silver and rose gold with a black leather strap. The Moment Elite is also priced similarly and is available only in a black body with a nylon-coated leather strap.

After Paris, Americans want U.S. to do more to attack Islamic...