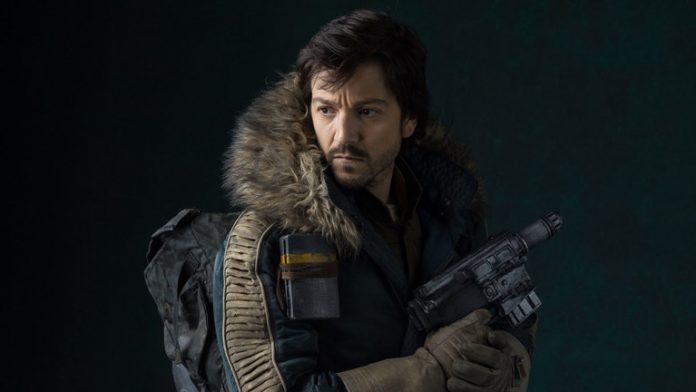 Some people call the “Star Wars” films a fantasy series set in space. Others call it science fiction. One thing is for sure, no one has ever called “Star Wars” realistic before. Actor Diego Luna is going to be portraying Captain Cassian Andor in “Rogue One: A Star Wars Story,” and in a recent interview, he stated that the film was going to be the most grounded “Star Wars” movie to date.

“I wanted to make my character more natural and realistic. Although people expect the tone of the film to be fantasy, it actually is quite the contrary. It’s an intimate story that feels real,” Luna told Vanity Fair Mexico (via Star Wars News Net).

“I think of all the Star Wars films released so far, Rogue One is the most real one, which is about the people. The characters are very similar to us. They are heroes with no powers. What they have is a conviction and desire to change reality,” the actor added.

Of course, the film is going to have fantasy and sci-fi elements in it, but Luna is probably right when he said “Rogue One” is more realistic than the previous films. The protagonists in this film won’t have a Jedi knight on their side and they are clearly fighting an uphill battle in their quest to obtain the Death Star’s plans.

During the interview, Luna also revealed that many of the explosions seen in the film are real and some actors actually got injured while they were filming the scenes. Luna even injured his eyes in one of the scenes when a strong gust of wind blew up some debris on set. Interestingly, he said some of the accidents will end up in the final cut.

“Rogue One” is going to be as real as it’s going to be for a “Star Wars” film. The movie will hit cinemas on Dec. 16.

'Beetlejuice 2' movie update: No concrete plans yet for production; Michael...