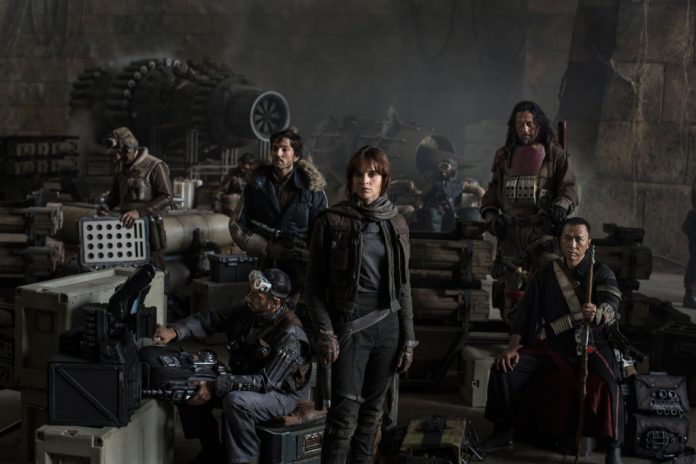 Because of the success of “Star Wars: Episode VII The Force Awakens,” fans are already anticipating “Rogue One: A Star Wars Story,” which will be released later this year.

In a survey conducted by Variety, “Rogue One” tops the list of the much awaited films of the year. On top of that, “Rogue One” boasts a mix of new set of diverse characters who will bring to life a very mysterious story set between “Return of the Jedi” and “Revenge of the Sith.”

“Rogue One” is expected to answer a couple of unanswered questions like how Princess Leia/General Organa (Carrie Fisher) was able to get the Death Star plans. Per reports, this will be the main gist of the upcoming movie.

As of now, the story is under tight wraps. Based on how Disney and Lucasfilm treated “The Force Awakens,” fans can expect that “Rogue One” will be that way until the full film drops. If how actor Ben Mendelsohn, who will play a major role in the movie, put it can be a basis of what fans can expect, then “Rogue One” is up to a great start.

“I wouldn’t want to spoil anything for anyone on those levels… But you can expect something pretty special, I’d like to think. I was in the audience for number seven and it was delightful. It exceeded my wildest hopes and dreams for what it might be. It’s a beautiful film. So we’ve got something to reach for and that’s a good thing,” the Golden Globe nominee told Deadline.

On the other hand, to everyone out there who is itching to know the possible foundation that the spinoff will bring to the space opera, rumors of the first trailer dropping with “Captain America: Civil War” on May 6 have started going around.