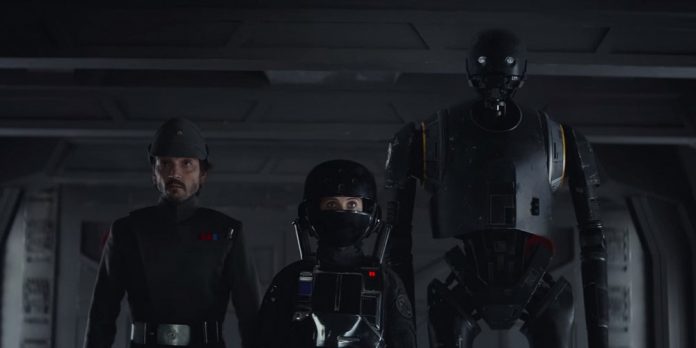 It is a foregone conclusion where the events of “Rogue One: A Star Wars Story” will eventually lead to. The movie, which ends moments before the opening scene of “Star Wars: Episode I A New Hope,” follows a group of rebel fighters on a mission to retrieve the Death Star’s plans. Fans know they eventually succeed in their plans, what has yet to be disclosed, however, is the story of the people who paved the way for the thwarting of the Empire in the original “Star Wars” trilogy.

In a way, the Gareth Edwards film is like an untold story that documents the events leading up to the destruction of the massive weapon. And that in itself, the director shared, was a bit difficult to pull off since they had to consider everything that happened before and after the story they are trying to tell.

“The thing every [filmmaker] typically struggles with is ‘How does it end?'” Edwards told Entertainment Weekly as part of the marketing push for “Rogue One.” “But we knew how our film was going to end. Our problem became ‘How do we reverse engineer from that and know where to start?’ You’ve got a finite number of options and you go through them all like a puzzle to find the one that’s going to lead to the strongest result.”

The movie, which already feels massive, also encapsulates another story involving a family once again this time, the Ersos. Daughter Jyn, (Felicity Jones) who is caught up in the rebellion, is tasked to get ahold of the plans while at the same time trying to save his father, Galen (Mads Mikkelsen), who is under the custody of Imperial director, Orson Krennic (Ben Mendelsohn). As it turns out, Galen plays a pivotal role in creating the Death Star and is working for the Empire due to lack of choice.

“Events take place that just shatter her [Jyn] life and send her off to basically be raised as a soldier in the midst of a war. She ends up not the person she was supposed to be… Even though we’re not telling the story of Luke Skywalker [Mark Hamill], it was important to me that we capture the same themes and emotion. But the film doesn’t unfold how you think. It’s not the same path as ‘Star Wars,'” Edwards explained in a separate conversation with USA Today.

“Rogue One: A Star Wars Story” will blast through cinemas on Dec. 16.