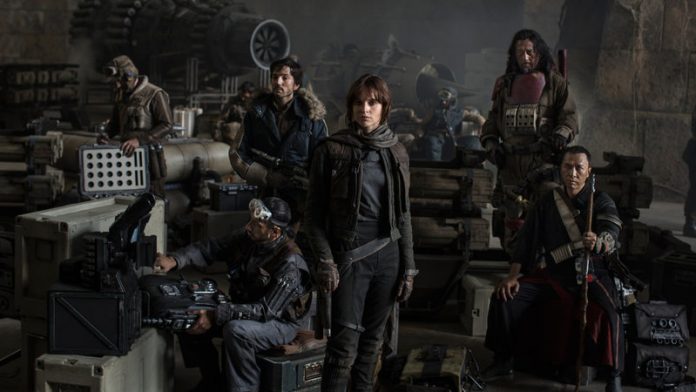 Some details about the upcoming “Star Wars: Rogue One” film were leaked to the public causing fans to become more excited about it.

The leak came from German website Jedi-Bibliotek, which posted details and images from a tie-in book to the “Rogue One” film. Some publications posted compilations of the information from the leak, revealing that the tie-in book’s title is “Rogue One: A Star Wars Story: The Official Visual Story Guide.”

While the leaked images posted on other publications have since been removed, Jedi News retained the images and the translated specifics of the leaked details. According to the leak, “Rogue One” will introduce a couple of new ships to the plethora of vehicles in the “Star Wars” lore.

The Rebel Alliance will get the new U-Wing spacecraft, continuing the trend of naming Rebel starfighters after the alphabet, while the Galactic Empire will be adding the TIE Striker to the TIE line.

The leak also included names for the various and currently unnamed characters for the upcoming film, confirming that Alan Tudyk’s computer generated character will indeed be the droid previously featured in promotions.

Designated as K-250, Alan Tudyk’s character is an Enforcer Droid believed to have been created by the Galactic Empire but somehow ended up working for the rebels.

More characters were also revealed, but their actors are currently unknown. These characters are Bistan and Pao, two non-humans with the Rebel alliance.

Not included in the leak are the names of the characters of Forest Whitaker and Mads Mikkelsen, believed to be playing the father of Felicity Jones’ character, Jyn Erso.

The leaked images also prominently featured Darth Vader, implying the character will appear in “Rogue One” in some degree.

Also known as “Rogue One: A Star Wars Story,” the film will tell the story of Jyn Erso and her work with the Rebel Alliance in stealing the plans for the Death Star from the Galactic Empire. “Rogue One” will be released on Dec. 16.

'Married at First Sight' season 3 news: Couples will solve their...